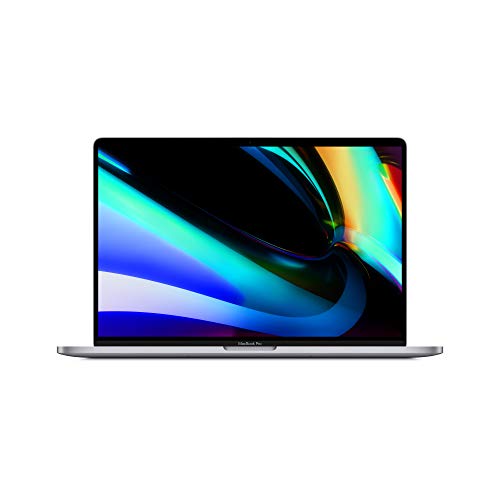 Apple has rolled out a couple of MacBooks over the years, with each new model designed to improve on the previous version. The MacBook Pro with M1 is no different. While it does not punch above its weight (it weighs just 3 pounds by the way) or leave you starstruck, it does deliver on a couple of fronts. With an M1 processor that is a game-changer and a spectacular battery life to boot, this laptop is a go-to for heavy lifters.

As with most of its previous MacBook rollouts, attention is paid to details in the design of this MacBook. It sports a familiar sleekness that is pleasing to the eye and a net weight that allows for easy handling.

The chassis is an aluminum build and is available in an all too limited choice of dark gray or a brighter silver finish. Measuring 0.61 by 12 by 8.4 inches (HWD) and weighing 3 pounds, it possesses portability that is not necessarily flattering, but at the same time does not leave too much to be desired.

The only downside to the design is that it comes with only three ports; namely two USB Type-C connectors and a 3.5mm headphone jack, which is increasingly becoming less of a problem nowadays. The absence of a touchscreen is still worrying though.

The “Magic keyboard” as it is fondly called also impresses, with a keypad backlighting that catches the eye even in poorly lit surroundings. Appropriate spacing of buttons in the keyboard that makes for easy typing is also afforded. It incorporates a keypress that responds in a bit and ditches the former butterfly mechanism for a refined scissor mechanism that offers up to 1mm key travel for a solid key feel.

The touchpad/trackpad area offers ample navigation space and robust response coverage. While the cursor moves with precision without having to veer off incessantly.

The MacBook Pro comes with a built-in fingerprint reader that can be found at the top right corner of the keyboard. Known as Touch ID sensors, they come in quite handy, serving as a power button and a quick tool for bypassing app permission requests for your Mac OS password.

The Touch Bar is a small OLED retina multi-touch display that replaces the traditional function keys and is built into the keyboard. The app in use determines the range of varied functions to be used by the touchpad.

Barring the dingy bezel screen surround, the MacBook Pro offers a satisfactory viewing experience made possible by the famed Retina Display. The true tone feature serves to automatically adjust the screens’ color temperature to match the room’s prevalent lighting condition. The vibrant colors and crisp text in the 13.3″ screen display is the work of a fitted P3 wide color gamut, which is a wider color spectrum than RGB. A 2,560 by 1,600 pixels peak resolution and brightness of about 438 just about makes for easy viewing.

If you are working remotely like most of the world is, the 720p webcam was designed for you. As Image processing has significantly improved with the introduction of the M1 chip, users can now enjoy zoom calls and other videos with better quality, better contrast, and detail in low-light conditions.

With four-full range stereo speakers that speak volumes despite their relatively small sizes, the MacBook Pro just about hits the audio quality mark. It offers plenty of volume to go with an amazing bass and a wide stereo sound support. Throw in the three-microphone array and it gets even better, replete with studio-quality mics, and a 3.5mm headphone jack that is reminiscent of previous model versions.

The introduction of integrated graphics to the MacBook Pro is a game-changer that beats the previous offerings with an intel chip. The graphics performance enabled by the GPU in the M1 chip is seamless without necessarily leaving a huge strain on the battery.

Apple lays claims (and rightly so) to building the world’s fastest integrated graphics, and the numbers don’t lie. The M1 is capable of executing about 25000 threads at a time as it is backed by up to eight GPU cores.

This translates to a more fulfilling experience for the graphic designer or even for gamers. It works optimally at a resolution below 1080p and with a frame rate well above the required average-24fps. Its advanced 3D graphics, texture mapping, and fill rate among other features make for a compelling argument. In the OpenCL benchmark test, the M1 achieved a score 2.4-times greater than Intel graphics used in the latest 13 inches Macbook Pro.

The MacBook Pro’s battery is pretty outstanding, it stands shoulder above most other laptops of similar pricing and specifications. Only the MacBook air can claim to come close and that is no mean feat. The battery limitations of previous models are fairly overcome with this rollout. Now you can quickly dash across a ton of running non-stock apple apps without having to relegate them to the background and missing out on important notifications.

Users can now switch from chrome to Adobe photoshop, safari, and other power-intensive apps and games without necessarily having to tone down on your screen’s brightness or closing a couple of running tabs. While the M1 microprocessor chip keeps your laptop operating hitch-free, the battery will encourage you to do even more. Its standby time is over 16 hours, and that is the clincher.

It also features up to 17 hours of wireless web browsing and up to 20 hours of video playback, which is up to twice the energy efficiency of the previous generation such as the Intel-based MacBooks.

The MacBook Pro comes equipped with an active cooling system that responds superbly to sustained workload making for more comfortable usage. It comes fitted with a solitary fan that is so quiet you wouldn’t even notice it was around. Even when the laptop is running on full gas with loads of open apps, the whirl of the fan is barely noticeable.

A simple heat test can suffice, try running a heavy game or watching a15-minutes full-screen HD video and measure the touchpad temperature and undercarriage temperatures. They both peak at around 81 and 83 degrees respectively which is a very decent value.

This is where the Macbook Pro holds the aces, equipped with an M1 chip, it can handle a stream of processor-intensive workflows without being overwhelmed. Its 8GB of memory and 256GB of solid-state storage might turn you off, but it is configurable up to 16GB memory and 2TB SSD for a significant fee.

It is equipped with an 8-core CPU, four high-efficiency cores, and four high-performance cores to boot with an 8 core integrated GPU. Compared to the previous MacBook Pro rollouts, the new M1 MacBook Pro’s CPU is up to 2.8x faster and the GPU is up to 5x faster.

With a CPU clock rate of 3.2GHz, the MacBook Pro has been touted by its makers to possess the world’s fastest CPU core “in low power silicon” and the world’s best CPU performance per watt. In summary, the substantial improvements in the speed and efficiency of the 13 inch MacBook Pro stem from the introduction of the M1 chip. This implies that the MacBook Pro rolls in the processor, GPU, I/O, security features, and RAM into its M1 chip.

The macOS Big Sur is the current release of macOS that powers the MacBook. It features a user interface redesign that is fast, responsive, and wired to initiate crucial updates to apps. It also boasts of being the first macOS version to support Macs with ARM-based processors. The icing on the cake is its ability to run iOS apps, giving users and designers alike access to thousands of apps and games.

The MacBook Pro with M1 is a capable machine well worth the money.

Medium-end MacBook with special features that makes it a good bargain. With a stunning battery and an M1 chip that makes it stand out among its nearest competition, it ís great for intensive usage. It does however possess a few downsides such as its limited number of ports, low standard memory, relatively poor 720p camera, and an absence of a touchscreen. This pales significantly in comparison to its many outstanding features that make a compelling argument for its purchase.

Simultaneously supports full native resolution on the built-in display at millions of colors and:

One external display with up to 6K resolution at 60Hz

Up to 17 hours wireless web

Operating altitude: tested up to 10,000 feet