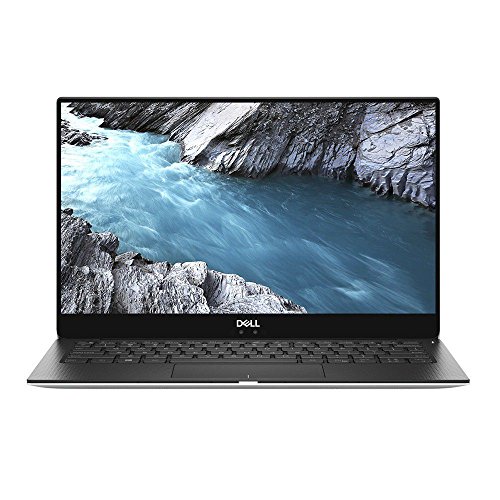 The Dell XPS 13 has, over several generations, maintained its status as one of the most lauded consumer-facing laptops around. While the 9370 iteration is fundamentally the same as earlier versions (which is a good thing), it features a few revisions that identify it as making a radical departure from the status quo.

Previous XPS 13 models were sleek, but the XPS 13 9370 is enchanting, matching a much slimmer outlook with an alluring white and gold aesthetic that stokes the fires of desire. The display has been improved and so has the webcam, the system supports eGPUs, and the thermals system is a lot more efficient.

There’s always a price, and the price for this thinner laptop is a smaller battery (meaning reduced battery performance) and the jettisoning of USB Type-A ports to fit the slimmer profile. That’s a bit of a bummer if you’ve not embraced the switch to Type-C connections.

In terms of power, performance, and design, the XPS 13 9370 remains the laptop to beat.

Superb build quality doesn’t have to mean ugly, as Dell demonstrates over and over. They outdid themselves this time; the XPS 13 is a joy to behold. Boasting an ultraslim profile, this laptop’s new white and gold finish is sure to attract envious glances.

Gold-colored metal makes up the lid and bottom, while woven crystalline silica fiber makes up the white sides and deck. The weave-like pattern on the deck adds a bit of class, and it felt excellent on our wrists, but not as comfortable as the soft-touch carbon-fiber deck on previous XPS 13s and the silver model.

You’ll need to pay more for the white-colored version, but we’re told that the new material serves other purposes; it helps ensure that the laptop never gets too hot under the collar.

Although it’s not the lightest (it weighs 2.7 lbs), the XPS 13 9370 is portable and compact enough to be carried without stress.

The most controversial thing about this laptop is its ports or lack of them. To get it to this ultra-thin form, a lot of legacy ports (USB Type-A, HDMI, full-size SD card reader) had to be done away with. Now, there are three USB Type-C (two of which offer Thunderbolt 3 support) ports, a Noble lock slot, an audio jack, a microSD card slot, and a battery gauge spread along the laptop’s trim sides.

The XPS 13 9370’s keyboard is similar to the keyboards of the other versions, which is to say it’s good without being breathtaking. Dell did improve the travel of the keys, but this laptop’s key travel of 1.3mm falls short of the standard 1.5 to 2mm. Nevertheless, the keyboard supports a decent typing experience.

The buttonless touchpad is blameless, though. It’s accurate and responsive while providing adequate tactile feedback when clicked.

Dell has moved the dual speakers from the bottom of the laptop to the sides, with noticeable improvements. While the bass is spotty, audio rendering is loud and decent, no doubt aided by the pre-loaded MaxxAudio software.

The bezels that wrap around the InfinityEdge display are ultrathin, while the addition of an anti-glare layer to the glossy screen ensures that visibility is maintained in bright light conditions. The webcam (with IR facial recognition) has been moved to the middle of the bottom bezel, which is much better than its previous positioning.

The XPS 13 9370 is fitted with an Intel UHD 620 GPU which is powerful for most home and office tasks. The laptop’s functions can extend to light video and photo editing, and gaming, with some concessions.

The laptop is swift with its duties, with the Core i7 processor in this laptop, offering extra pep. While it executes most tasks without fuss, it tends to get noisy and hot when asked to run GPU and CPU-intensive programs.

This laptop is not a gaming laptop and this fact becomes apparent when you try to run modern AAA titles. While its processor gives it extra oomph, the integrated GPU is not enough to guarantee a hitch-free gaming experience.

You can gain a little purchase by bringing graphics to the barest minimum, but that is unlikely to improve gaming speeds.

The battery performance is decent, although it’s not the best we’ve seen. Models with 4K display are unsurprisingly harder on the battery. Their batteries will last a little over 8 hours. As we said, decent, but hardly groundbreaking. XPS 13 9370 laptops with 1080p display last as many as two hours lounger, conking out after more than 10 hours.

The Dell XPS 13 stays cool and quiet when all it has to do is execute regular programs. The fans tend to go into overdrive when it has to execute processor-intensive tasks, which is when it starts to get warm.

The Dell Power Manager program lets you customize the laptop’s thermal management for optimal performance, the lowest temperature, or the quietest operation.

The Dell XPS 13 can handle most of what gets thrown at it. The improvement in performance is down to Dell’s new thermal arrangement. Dual fans, special thermal insulation, and dual heat pipes help the laptop stay cool during intense, sustained pressure, managing thermal throttling that much better.

We ran the laptop through a series of benchmark tests, including video transcoding, spreadsheet, and photo editing tasks. The Dell XPS 13 9370 scored decent marks in all of them, surpassing the category average in each. In our Geekbench 4 test, the laptop finished with a health 13,255 points.

This laptop can multitask with the best of them, juggling through multiple open Chrome tabs, an open spreadsheet program, and numerous running programs in the background without breaking stride.

There’s a reason the XPS 13 remains a favorite among many consumers. Beautiful, powerful, and portable, there’s a lot to like about this laptop. The XPS 13 9370 is more beautiful, more powerful, and more portable than ever.

This laptop reiterates the good qualities of previous models and introduces a few new ones, such as the dazzling 4K display, a much-improved webcam, and better performance. And it looks stunning while being as tough as nails.

The laptop has had to do away with several legacy ports to attain this new svelte look, and several users will not be best pleased with this. However, the XPS 13 maintains top billing in our eyes, even with the diminished battery performance.