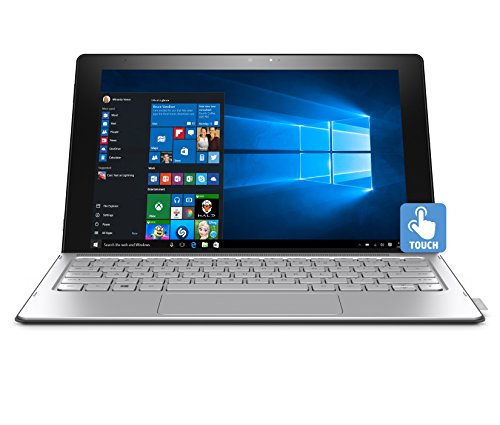 Built as a direct rival to Microsoft’s Surface Pro, the HP Spectre X2 makes a spirited fist of relieving the former of its long-held title as everyone’s favorite 2-in-1 laptop. The HP Spectre X2 brings the competition right down to the wire, but ultimately, it is undone by a battery performance and stylus that are inferior to what the Surface Pro 7 offers.

Unlike the Surface Pro, however, the keyboard and aforementioned stylus come included in the Spectre X2 laptop’s starting configuration. Yet, even with the included hardware, the Spectre X2 still sports a price that marks it out as offering excellent value.

The perfect blend of style and performance, the Spectre X2 counts an enchanting design, a brilliant display, and more than enough juice to run through most tasks among its list of impressive pros. And these may just be enough for some.

The Spectre X2 grabs and holds your attention at first sight; it is beautiful. Sporting a textured black and copper aesthetic, with a silver aluminum finish that reflects light like a diamond, it is one ultraportable that you’ll find as many reasons as possible to flourish out of your backpack in public. The Spectre X2 enchants with its beauty, and impresses with its practicality; the stainless-steel kickstand attached to the back panel, along with the mechanism that releases it both contribute towards making this 2-in-1 much easier to operate.

Owing to its ultraslim form factor, the Spectre X2 does not offer an exhilarating collection of ports. That’s overselling it a little; the ports offering of this 2-in-1 laptop is disappointing, especially for legacy users. Users are limited to a less than ample supply consisting of two USB Type-C ports (split along the screen’s right and left flanks), a combination headphone/microphone jack, and a microSD card reader, both located along the tablet’s left flank.

These are slim pickings, but HP includes a USB Type-C to Type-A converter that make things a bit easier. Wireless connectivity is supported by Bluetooth 4.2 and 802.11ac Wi-Fi.

The Spectre X2 laptop’s detachable keyboard sports an aluminum and plastic finish that does wonders for typing experience. The keyboard deck feels sturdy, with little hint of flex when it gets extended. The keys themselves are well spaced, and though 1.33 mm of travel is not perfect, they respond well with just the right amount of pressure.

This laptop’s high standards dip a little with the touchpad. It’s spacious enough, and it registers each click accurately. The spanner in the works is that it tends to register touches that are not made directly on the touchpad. When you swipe or click on the palm rests, the trackpad registers those motions as well. You can imagine how frustrating this can get. Beyond that, everything works as it should, including Windows navigation gestures.

The Spectre X2 comes with a Windows Ink-certified HP Active Pen stylus that provides good tracking and palm rejection. A minor but detectable amount of latency (which the Galaxy Book’s S Pen overcomes) is one of its drawbacks. Another disadvantage is that it lacks the responsiveness of the Surface Pro’s Surface Pen, which has 4,096 levels of pressure sensitivity as well as tilt sensitivity and costs about $100 extra.

Whatever inconveniences you encounter with this detachable’s trackpad, the Spectre X2 makes up for them with its gorgeous screen. The laptop’s 12.3-inch panel boasts a resolution of 3000 x 2000, which makes gaming or streaming videos on this screen a delight. Colors are vivid and vibrant and text is undistorted enough to read from any angle without stress. This laptop appears ready-made for photo and video editing and any productive effort you deem fit to put it through.

This laptop’s display can produce 124 percent of the sRGB color spectrum, some way short of the Surface Pro’s result of 140 percent, which is in turn bettered by the Samsung Galaxy Book’s 205 percent. At 367 nits, the Spectre X2’s screen is bright, much brighter than the category average of 290 nits. Again, the Surface Pro’s panel is brighter, emitting 396 nits.

The detachable screen houses two cameras, one that serves as the system’s webcam and another with an infrared sensor for Windows Hello facial recognition sign-in. The touchscreen is also pretty responsive, with only the barest hint of lag when we sped up the pace of our movements.

Designed with the help of expert sound engineers Bang and Olufsen, the Spectre X2’s speakers perform as well as you can expect a 2-in-1’s speakers to perform, especially considering that the laptop’s form factor precludes the integration of decently-sized speakers.

In spite of this, this detachable laptop’s speakers are loud and clear enough to fill a room with sound, without any notable distortion. Of course, if there’s any bass at all, it isn’t noticeable without the use of headphones. The Bang & Olufsen Audio function, which can be accessed through the HP Audio Switch taskbar utility, allows you to modify the sound. The default Music setting gives a good balance for trailers and music, but the Voice and Movie settings limit and dampen the sound.

The Spectre X2 is equipped with an integrated Intel Iris Plus Graphics 650 chip, with enough power to blow through regular computing tasks with consummate ease, and most graphics-intensive content creation tasks such as photo and video editing, video transcoding, and 3D image rendering. Everyone, from high-powered company executives to google-eyed college students can find some use for this laptop.

And while this laptop has not been designed to be a sub-1500 dollar gaming laptop, it will help fill in idle hours with moderate gaming. It will run modest titles with ease and at decent frame rates, which you can jack up by bringing down settings a little.

Battery performance is another area where the Spectre X2 delivers less than stellar results. Its posted standby time of a little over 5 hours is underwhelming, especially when placed side by side with the Surface Pro’s average of more than seven and a half hours. If you need your laptop to stay on a full workday, you may need to create a permanent space for this laptop’s charger in your backpack.

The Spectre X2 is a smooth operator, staying quiet and calm even when the system goes into overdrive. It does get warm after periods of extended use, however, frequently reaching heat levels of 95 degrees Fahrenheit. Thankfully, it never seems to exceed that level, meaning it never ventures into uncomfortable territory.

Packing an Intel Core i7-7560U CPU, 8GB of RAM, and 360GB NVMe M.2 PCI-e SSD under its hood, the Spectre X2 is well equipped for some moderate to hard lifting. Unsurprisingly, this detachable executes most tasks with accomplished panache, without ever seeming to stumble.

When we put it through its paces on our spreadsheet, video transcoding, and image rendering tasks, the Spectre X2 breezed through each with ease, and the laptop did not get inordinately loud throughout as well. The Spectre X2 is a master multitasker, speeding through multiple open Google Chrome tasks, a spreadsheet, and several other open programs running in the background without the tiniest hint of lag.

Offering an alluring design, beautiful display, and excellent performance, the Spectre X2 boasts rockstar appeal in many ways. Add in the fact that it sports a price tag that’s considerably lower than that of its main competitor, and that a keyboard and pen comes included in the package, you’d expect it to jump straight to the head of the queue.

It doesn’t quite manage to do this, no thanks to its underwhelming battery and inferior pen. But while the Spectre X2 doesn’t succeed in dislodging the Microsoft Surface Pro as the gold standard, it has established itself as a more than capable substitute or competitor.

If you’re looking for a 2-in-1 that comes with its keyboard and stylus and costs a couple of hundred dollars less, this is the one for you.