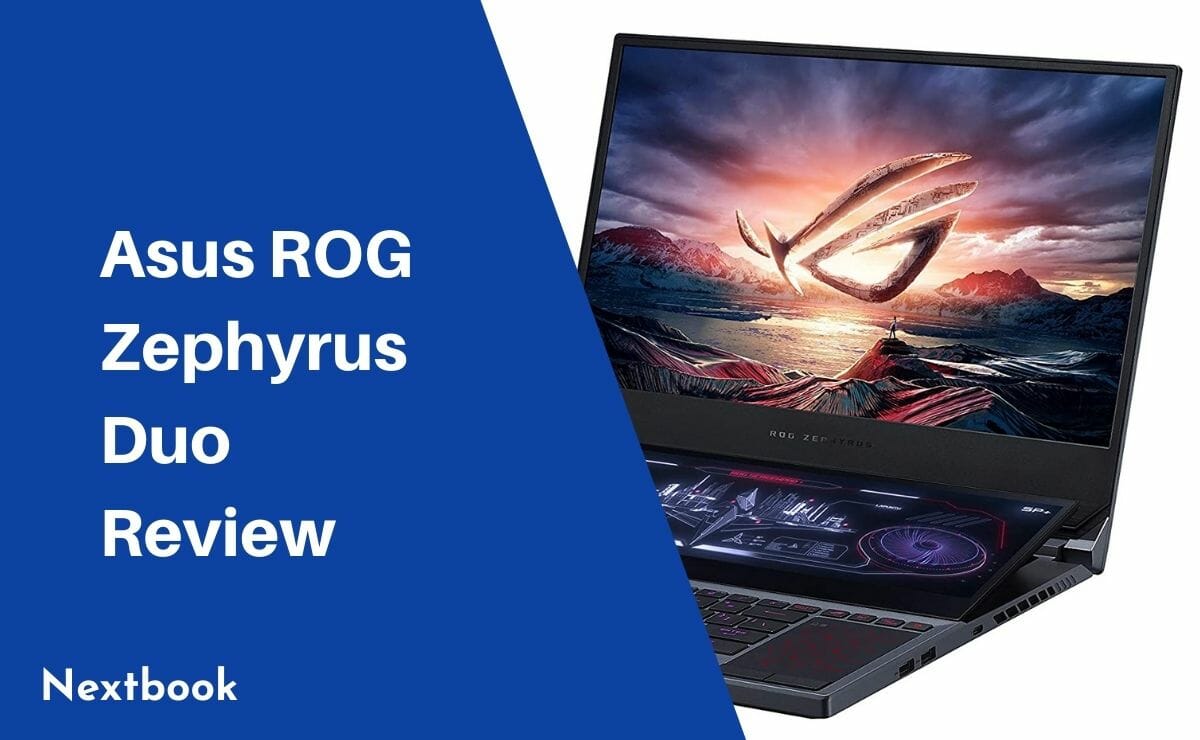 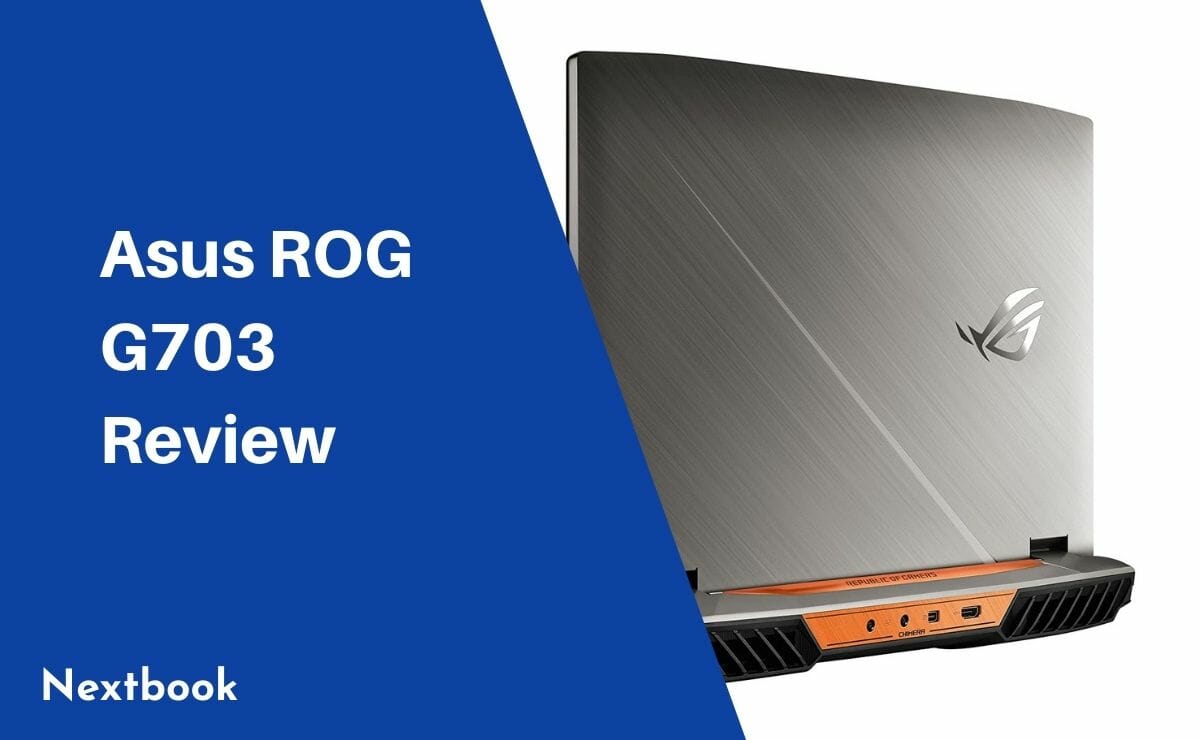 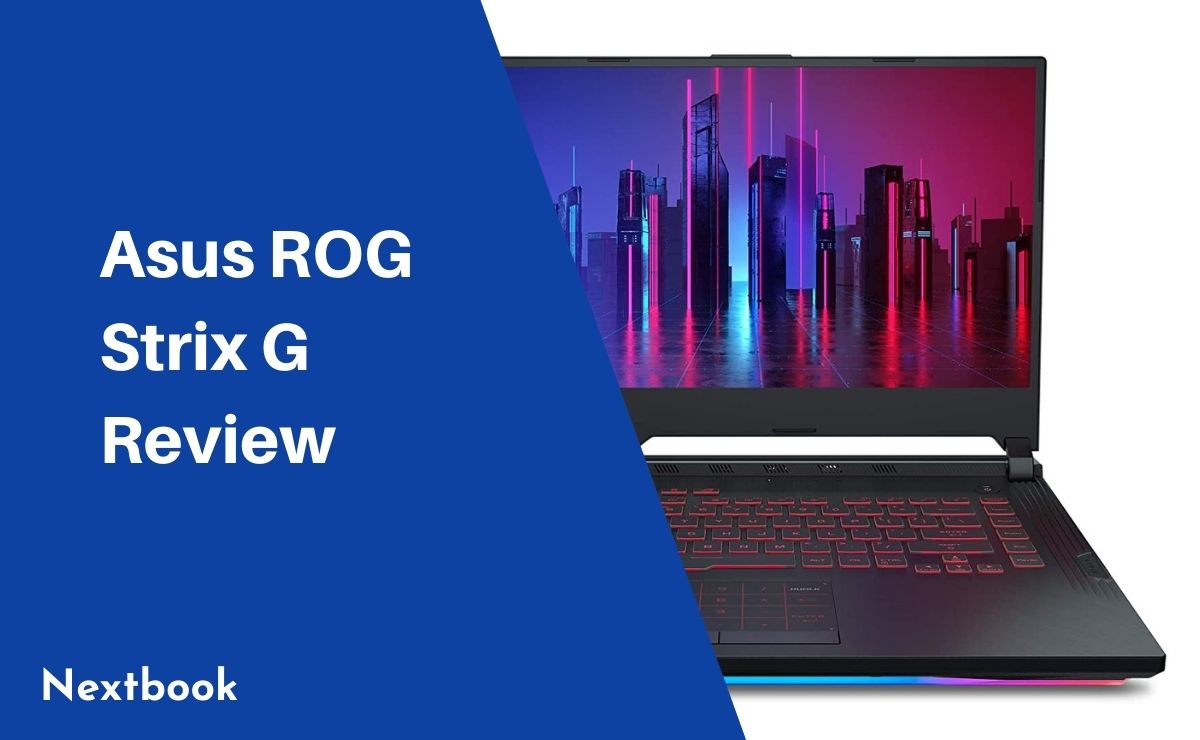 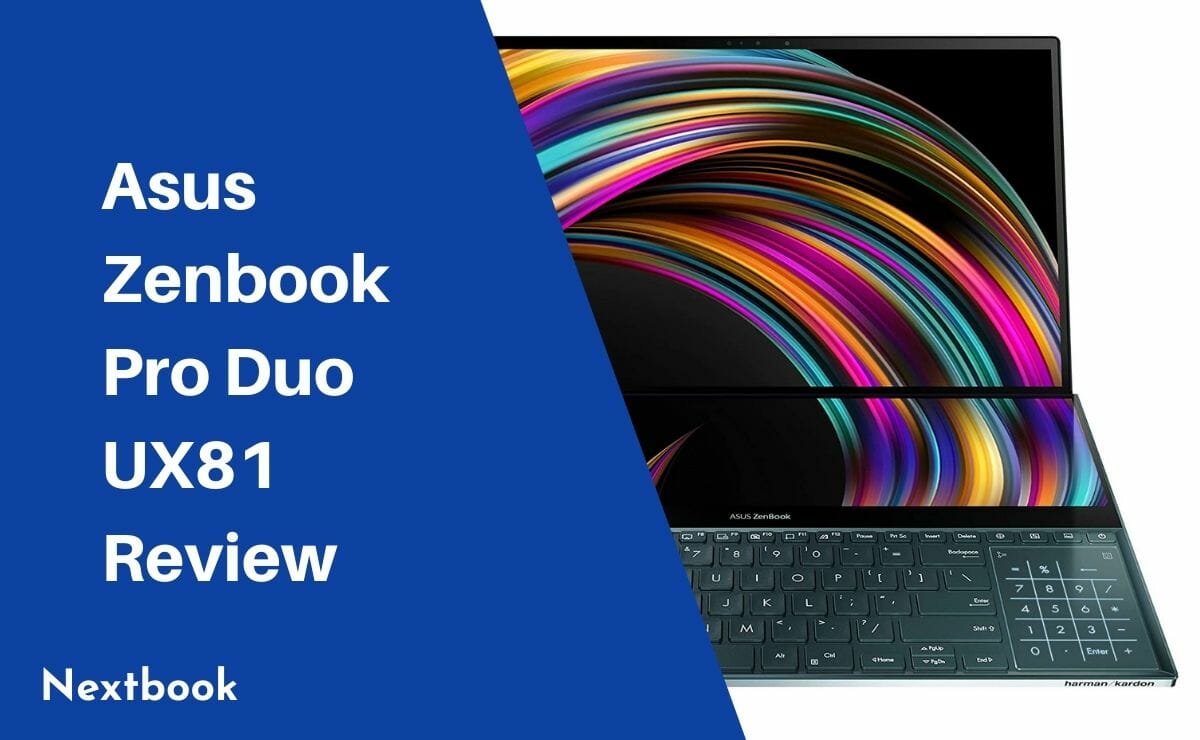 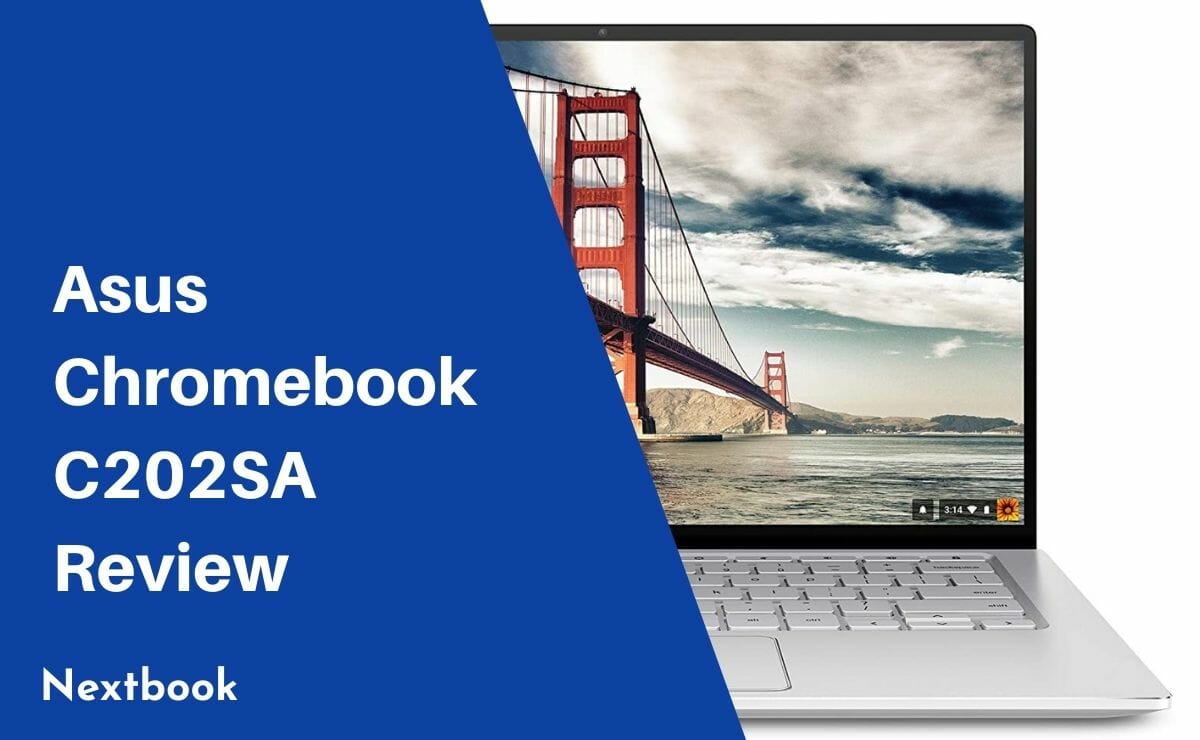 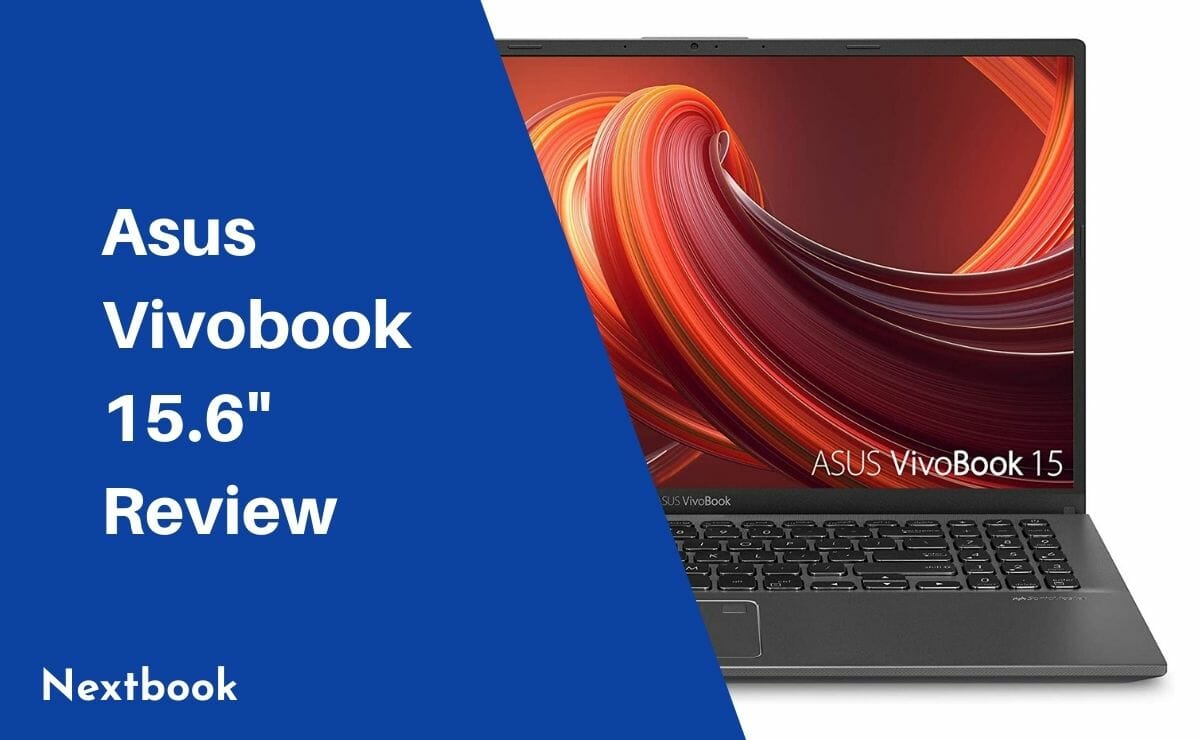 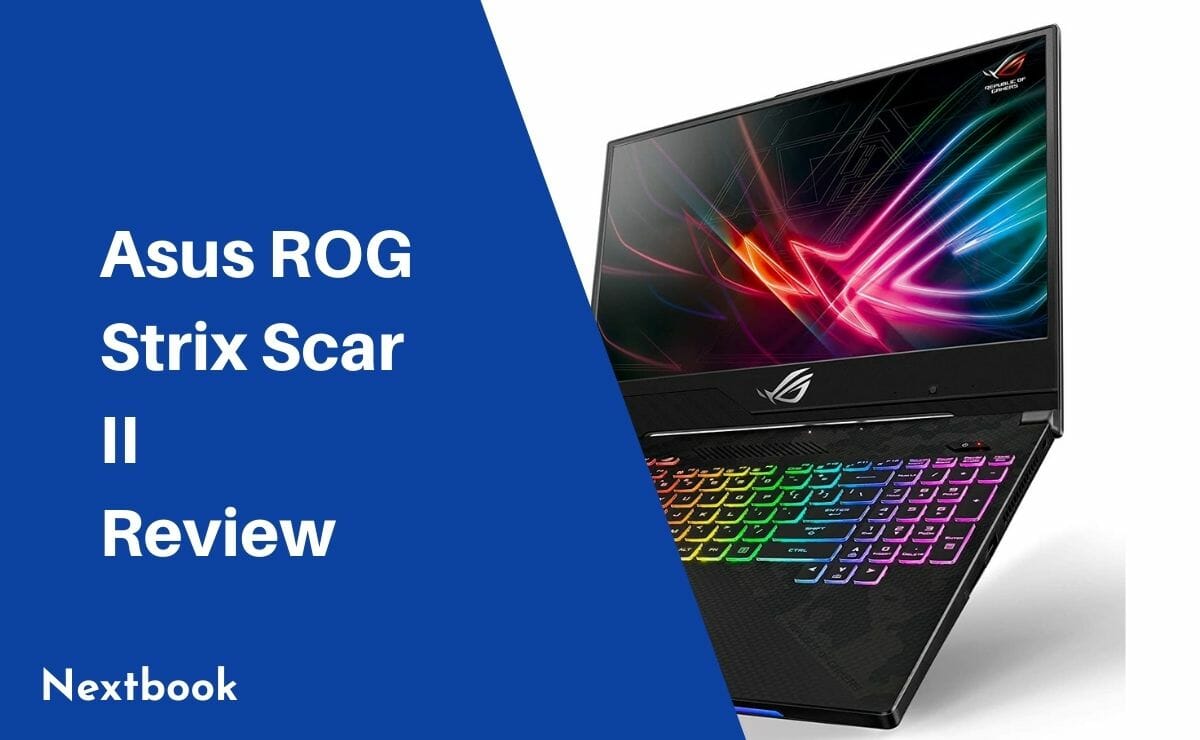 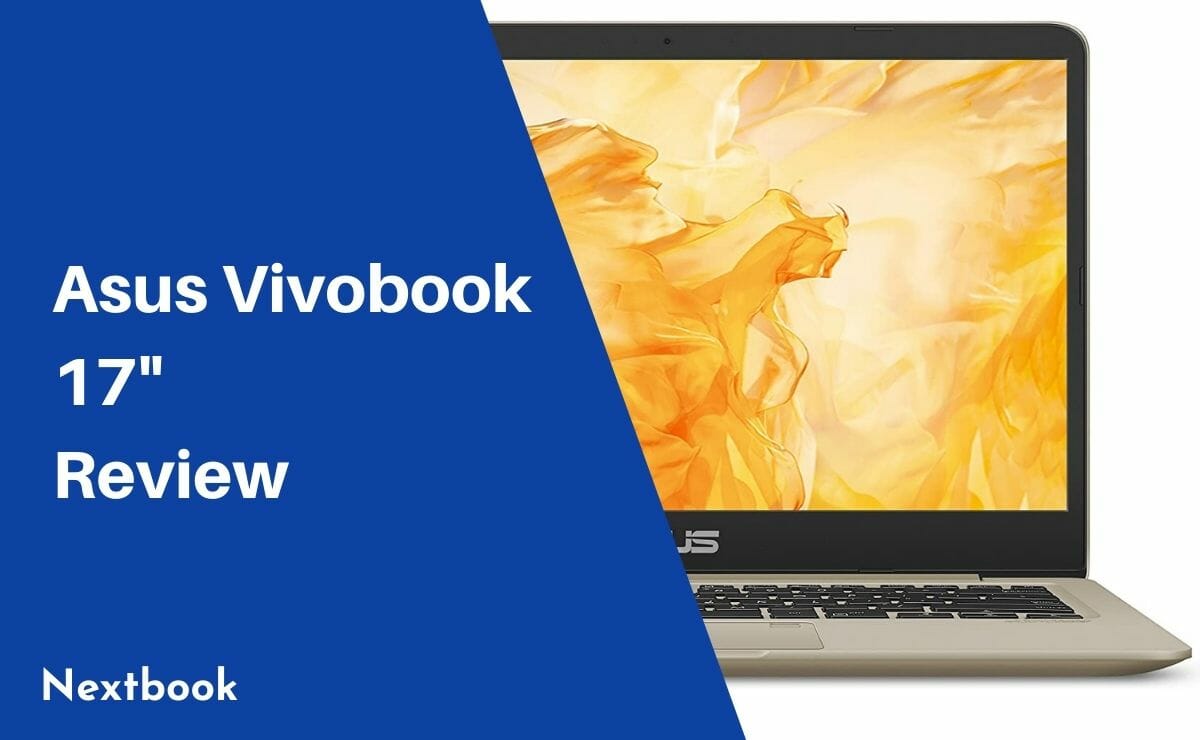 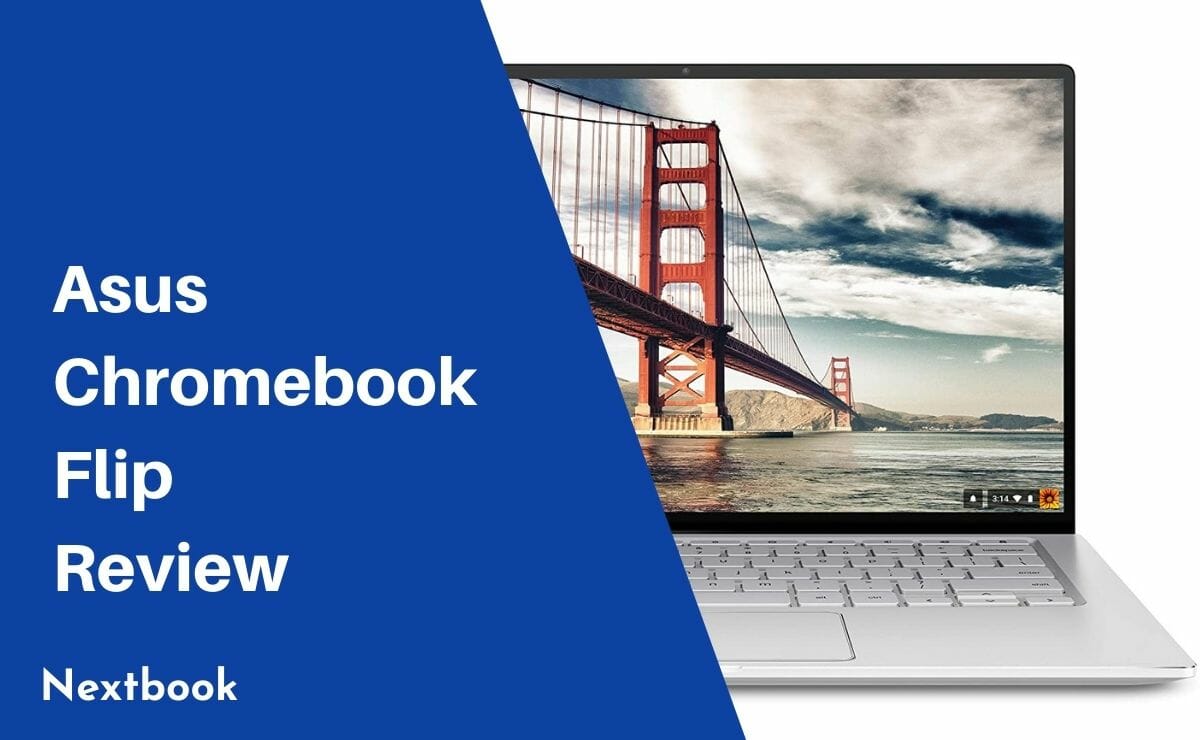 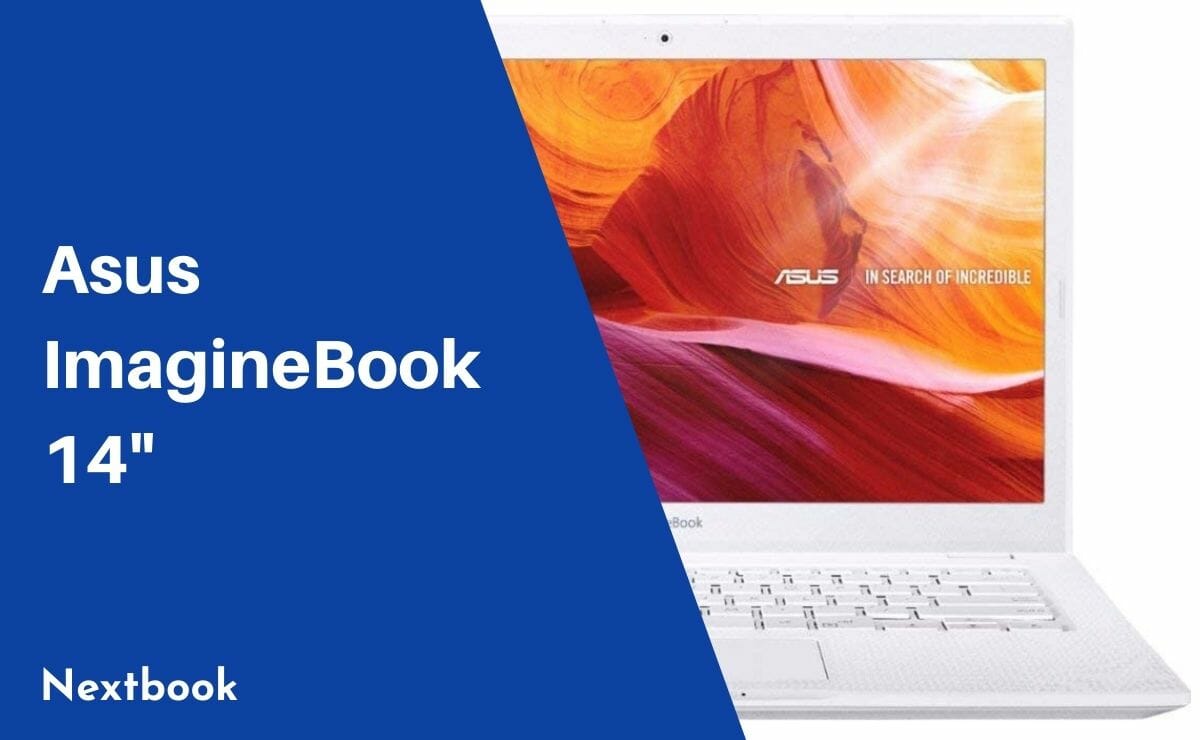 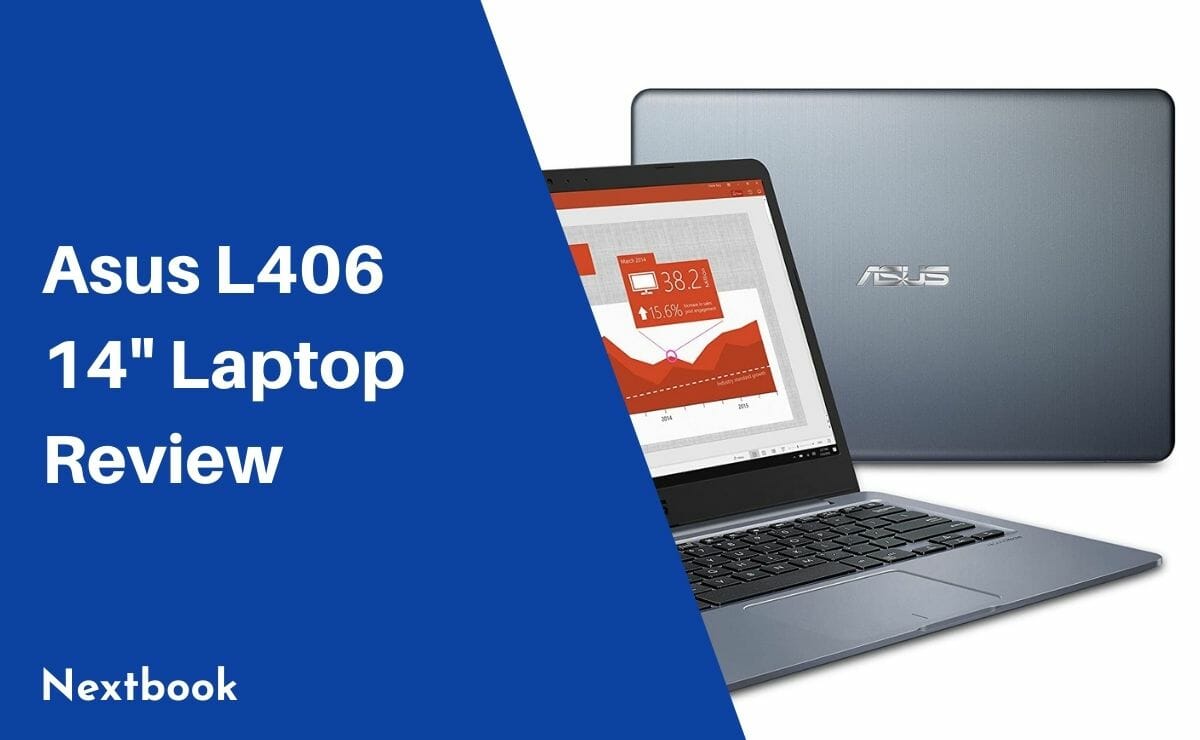 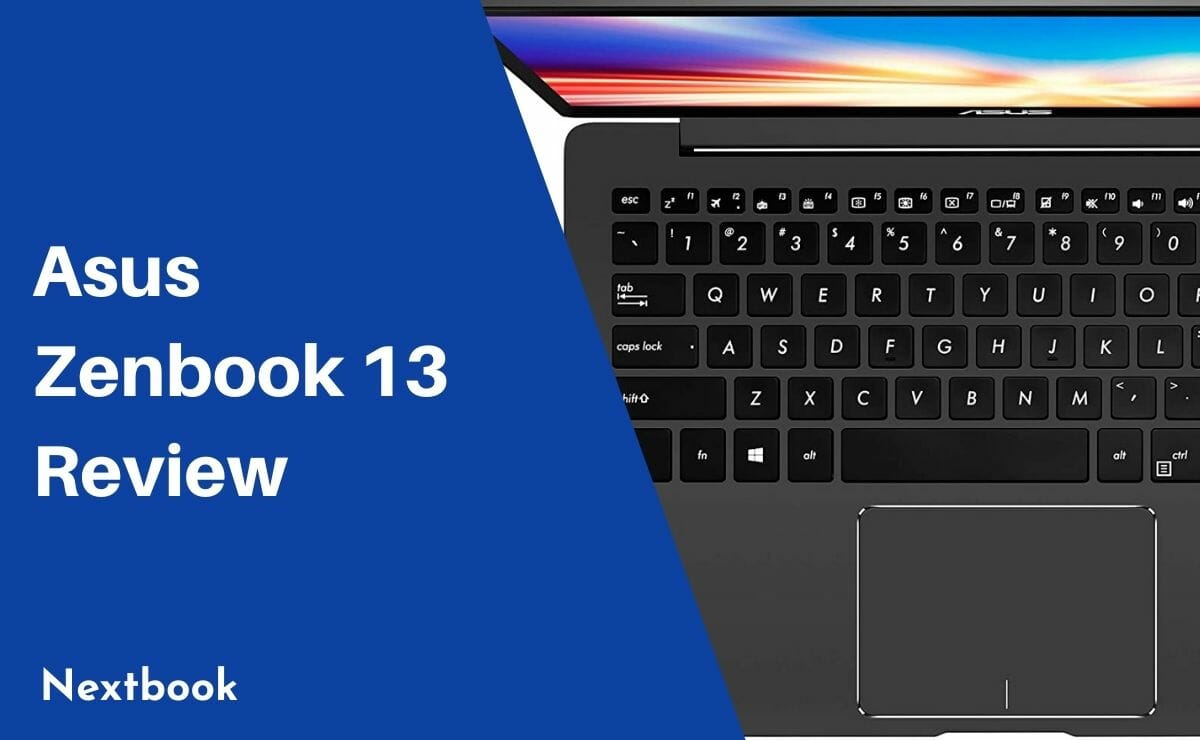 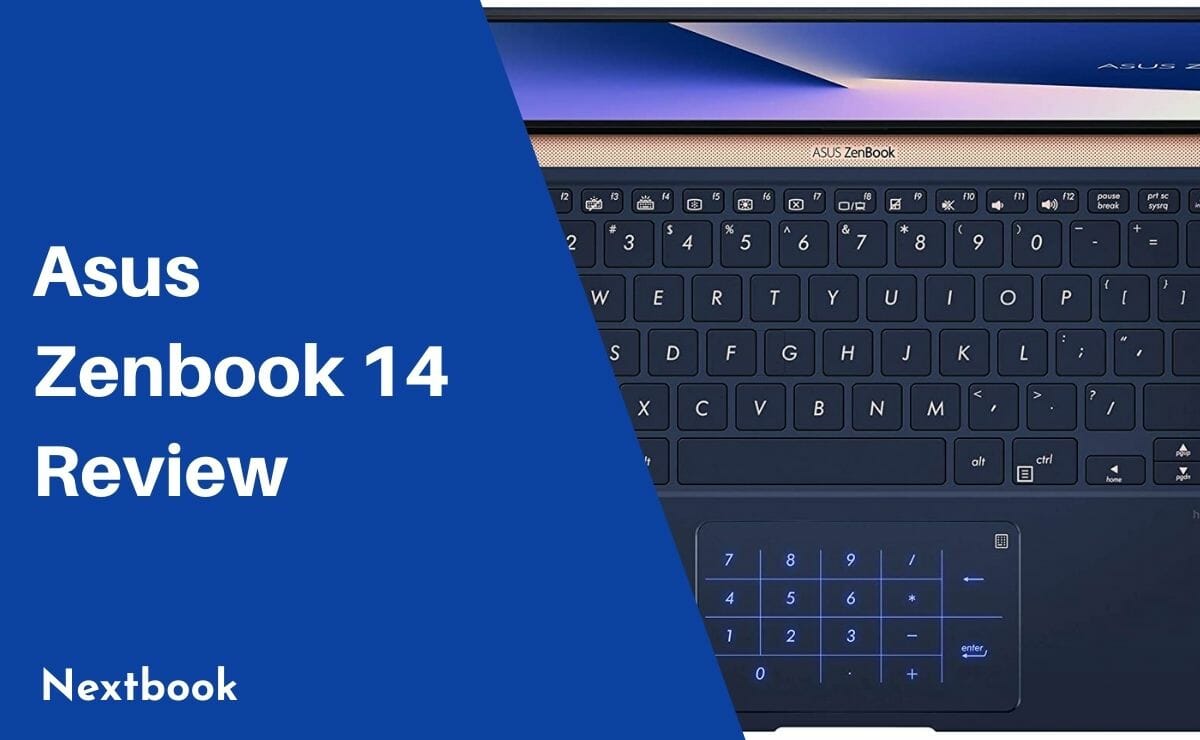 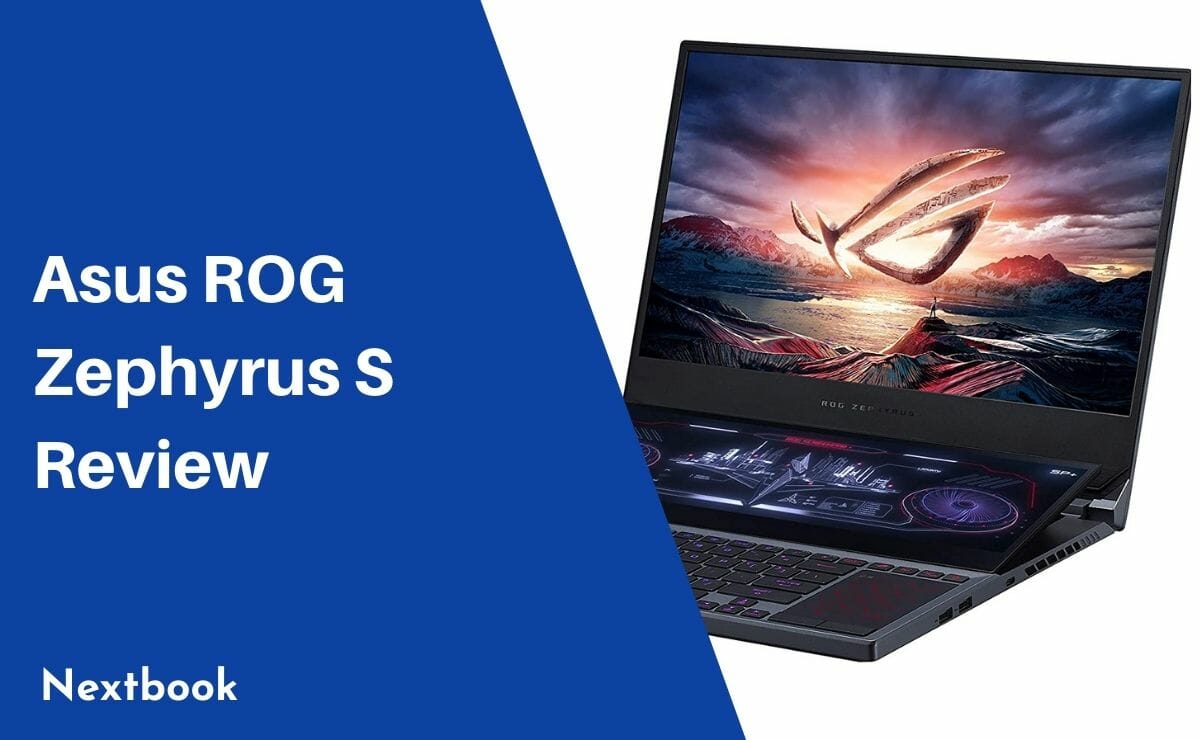 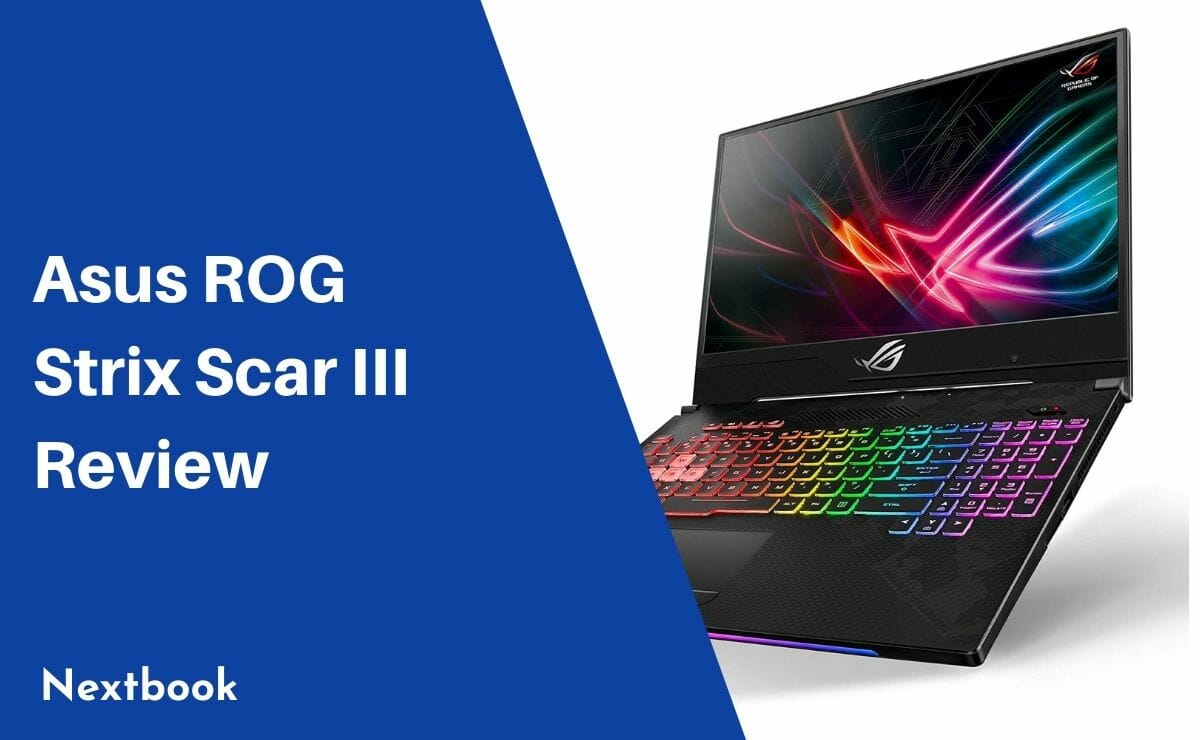 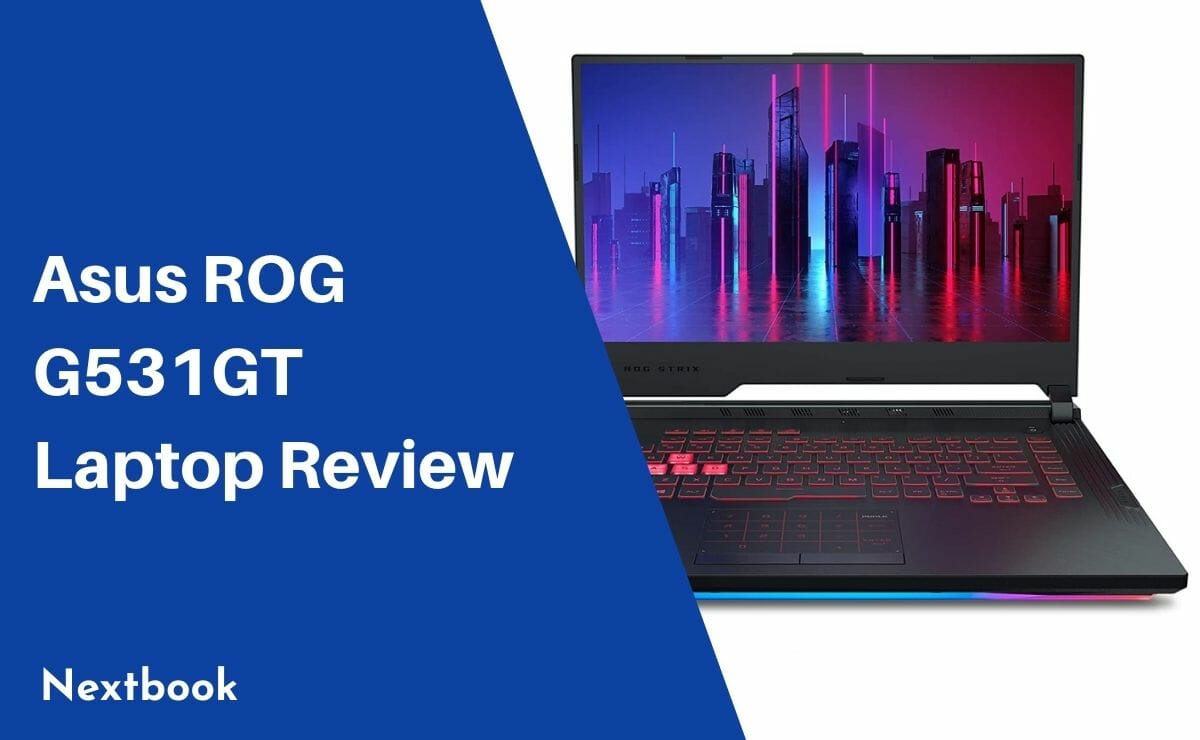 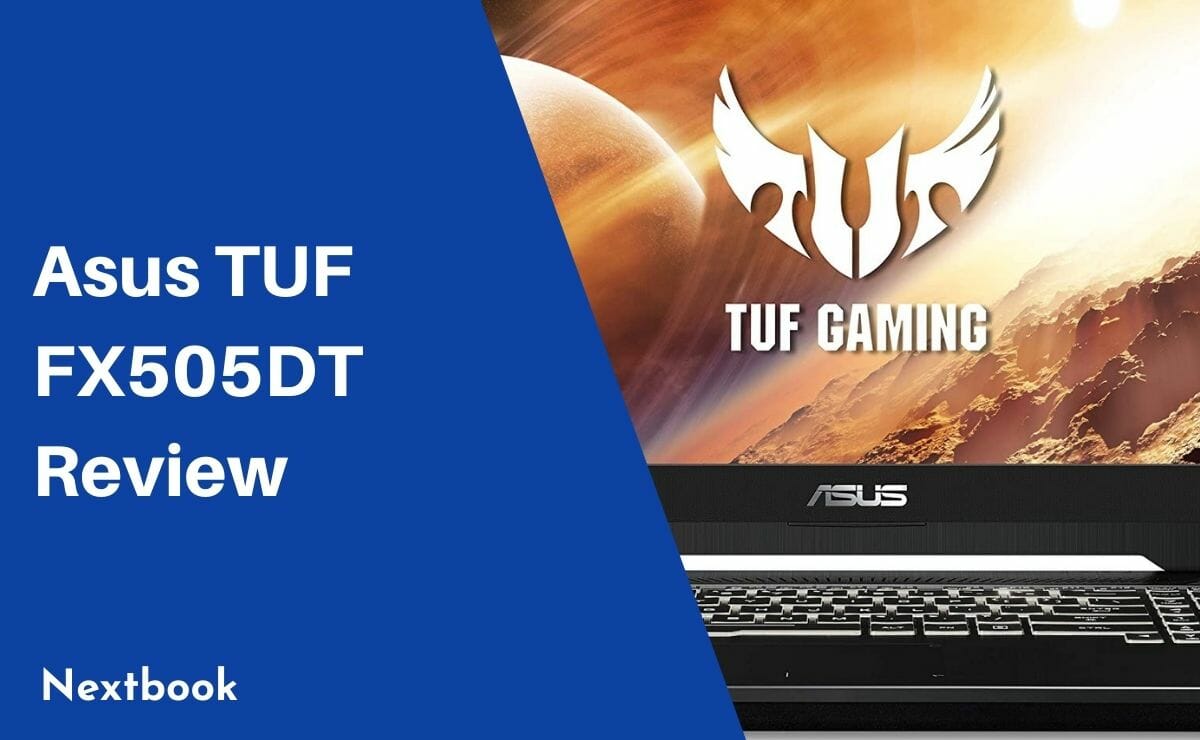 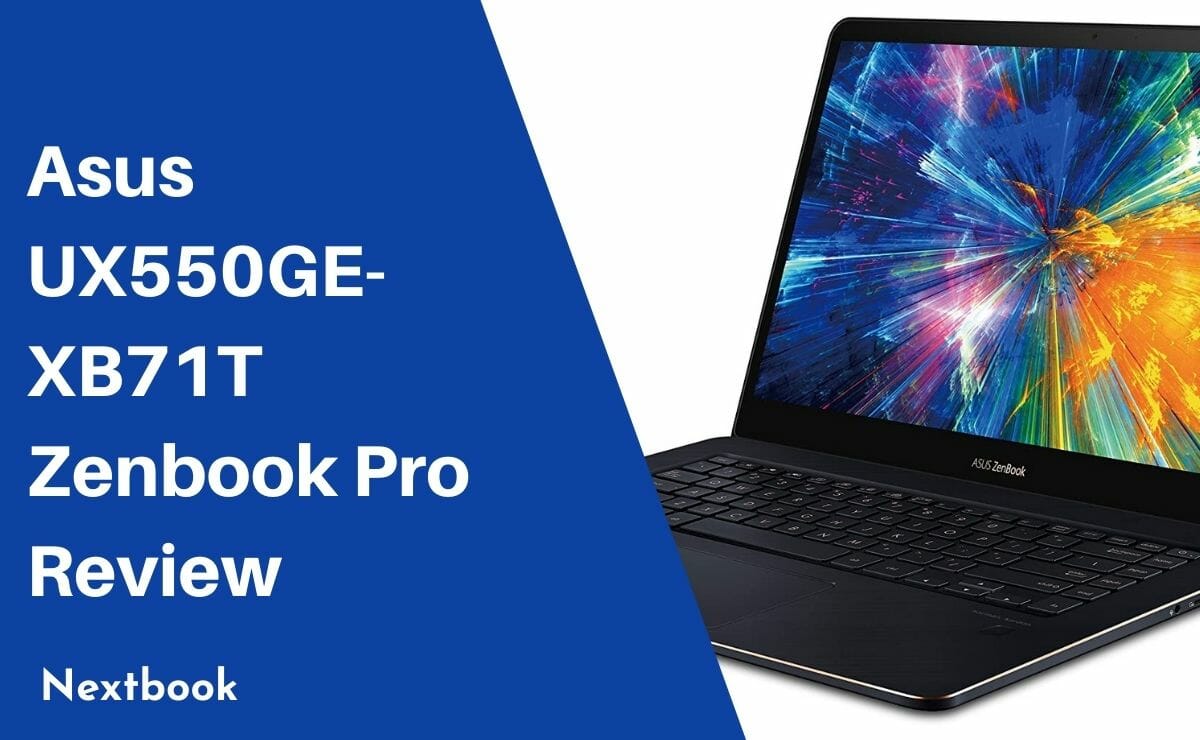 The Asus brand is a Taiwanese multinational that manufactures a wide range of computer and phone hardware, as well as electronics. 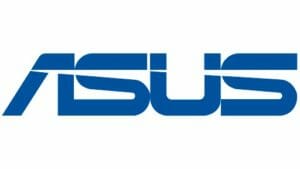 Headquartered in the Beitou District of Taipei in Taiwan, this company is a big player in the league of laptop manufacturing. Their market share of 6% is a testament to their growing presence in this very competitive industry.

Their style is pretty straightforward, they offer mainstream laptops at fairly competitive prices, and then roll out the big hitters at significant prices. Their laptops are noted for sporting a sleekness that catches the eye, and a couple of design tweaks that make them stand out from the crowd.

And there is a generous outlay of laptops to choose from, with each model marked by its nuances in design, display, and performance levels for all configurations on offer. With Asus, there is a laptop for every requirement.

The data crunchers and business professionals will like the Expertbooks, the creatives will find value in the Zenbooks, and the Vivobooks are a one-size-fits-all for people that want it all. The lightweight build is a constant feature of most of their laptops, it is what sets them apart from the competition, even if it might leave little headroom for hardware to pack in the punches.

The ASUS brand is known, or notorious, for serving up the lean and light laptop, despite the associated drawbacks. It is also the principal consideration that informs the choice of build material employed in most of their laptop series.

The Ergohinge feature on their 2-in-1 and clamshells get top marks for flexibility and robustness, they provide a handy keyboard deck prop that improves the typing experience. The majority of their Zenbooks feature an aluminum chassis build that is both robust and lightweight.

The Vivobooks switch from more flexible plastic to a stronger and more compact metal body chassis across its vast array of offerings. The commercial-centric Expertbooks feature a minimalist metal body frame.

On the other hand, their gaming laptops are increasingly ditching their traditional plastic build for a metallic frame.

The ASUS TUF FX505DT and ROG G531GT still sport a plastic chassis but they are nothing like the sturdy Aluminum of heavy hitters like the ROG Zephyrus or the Asus Strix Scar III.

Asus gets bonus points for the durability of their on-the-go Zenbooks and most especially, their Expertbooks. They have been subjected to the rigors of military-grade tests, and they pass in flying colors, they will survive the occasional hit from the frenzy of rush hour or the accidental bumps from airport checking counters.

These laptops will give you around 3-5 years depending on how carefully they have been handled. It is the gaming laptops that seem to get the shorter end of the stick, but that is not surprising at the least.

Asus laptops may rank below the big hitters like Hp and Dell in the durability and reliability leaderboard, but they still make the cut.

A decent number of Asus laptops are reasonably priced and this gives the brand a degree of comparative advantage in the PC market.

The contemporary laptop industry is continuously evolving at a neck-break pace and supplying the market with laptops at cutthroat prices.

Acer seemingly undercuts the competition by putting out attractive stickers on their laptops, especially for those on the midrange spectrum.

And very importantly, these prices that scream “come and get me” are not a smokescreen for compromised standards and drastic concessions in quality and performance levels; the laptops on offer give satisfactory value for money.

Some of their much-heralded ROG models sell below $800, and their impressive Vivobooks are absolute bargains.

Asus serves up some laptops that are boldly pricey too, and rightfully so.

Their high-end gaming laptops will make you fork out a fortune, the ASUS ROG Mothership GZ700GX costs a whopping $6,700, that price is only bettered by the pick of the litter, the aptly named Predator 21x at almost $9000.

Asus laptop rollouts are warmly received across every user demographic. The young and old, the trendy and the traditional, at college dorm rooms and the occasional sightings at the G8 summit, they make their presence felt.

Asus is the world’s 5th-largest PC vendor by unit sales, and they also churn out a series of laptops that lean to specific target areas and price points.

These ultraportable series of laptops are sleek and trendy, specially designed for content creation and consumption of all forms.

They are quite pricey but come equipped with top-tier processors that can engage in some heavy lifting, although their batteries leave much to be desired.

The Vivobook laptop series is a jack of all trades, and that makes them a comfortable pick for most people, especially if you factor in their decent prices.

The laptops on this line can breeze through everyday computing tasks like word processing and video playback, and roll up their sleeves to take on more intensive workloads like 3D rendering and computer programming.

These laptops are well suited for productivity-based workflows. They are categorized as commercial-purpose laptops and they live up to their billing.

Their batteries are a strong point, and they are built to be durable and tough for usage on the go. 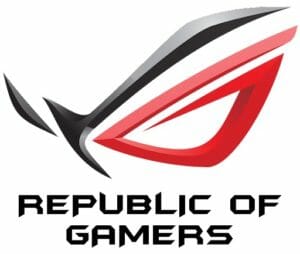 The surefire pick for the immersive gaming experience, this line of laptops is pricey but well equipped with the requisite hardware and software to take on the most demanding games on offer.

Their Nvidia-based graphic processors deploy ray tracing technology, abundant VRAM capacity, and every firepower in the “Armoury crate” to make a go at the biggest AAA and VR games.

Other notable mentions include the well-priced casual-use Chromebooks and the arty Studiobooks.

Battery life is not exactly the Asus laptops’ strongest suit, although there are a couple of Asus laptops that can go the distance.

The Zenbooks do not cover themselves in glory, but the Zenbook 14 stands shoulders above its contemporaries at an impressive 12:19.

The ExpertBook B9450 is Asus’ poster device for incredible staying power; its runtime of 16 hours and 42 minutes can only be bettered by a few laptops in the market.

And the ROG Zephyrus G14 is your best bet for gaming laptops with its runtime of 11hours and 32minutes.

Other laptops in the ROG lineup still put out decent figures as runtimes, but only if you can restrain yourself from engaging the “Armoury Crate” software that is designed to improve the gaming experience at the huge cost of a massive power draw.

The Asus brand engages both intel and AMD-based processors for their laptops, although they tend to lean towards the AMD divide for a number of their Vivobooks, as well as Zenbooks to an extent.

It is not exactly a leap of faith, the Ryzen processors are known for serving up impressive overclocking speeds.

The ROG Zephyrus G14 and the ROG Flow X13 are notable beneficiaries of this processor power. They compare favorably to the 10th gen intel based Dell G5 and comfortably trumps the Hp Spectre laptops in performance level.

Asus premium laptops are undoubtedly pricey, but they are heavy lifters, Video encoding, Graphic designing, high-end gaming, they can take it all in their stride.

The discrete graphics processors in a vast majority of their laptops come with enough gas in the tank, Nvidia-based graphic cards are the go-to, and they mostly never disappoint.

Customer experience is satisfactory, but it could be helped by the provision of a few more service centers, although their burgeoning online presence is a consolation of sorts.

The laptop warranty is a contentious issue too, and that is despite the fact that it covers up to 2 years as opposed to the one-year validity period of other brands like Hp or Dell.

The warranty period is component-specific, the lines are a little bit blurry for most users, as it means you have to double-check for the coverage period of individual hardware just before you make your purchase.

Like most laptops do, scratch that, all laptops, there are a couple of spoilers in the works.

A recurring theme of most customer complaints border on the erratic behavior of hardware and connectivity drivers along with the accompanying software glitches; touchpads, Bluetooth, wi-fi, the list is disturbing.

Another thing to watch out for is the omission of disk drives on most of their recent laptops, resulting in laptops with a slimmer build.

This means that you will have to resort to the internet to meet all your media and software needs or opt for external USB drives when the need arises.

Lastly, their batteries will need to be upgraded, it is the bane of their gaming laptop, and can be a real bummer for most users.

ASUS laptops offer decent value for money, their budget laptops do not disappoint, and their premium-end laptops are a real stunner.

Some of their laptops might fall just short of mainstream battery power expectations, it is the price to pay for their seeming obsession with laptops of a lightweight build.

Their gaming laptops will turn a few heads, while their business-centric laptops are a worthy travel companion, and if you are spoilt for choice, the all-rounder Vivobooks will come in handy.