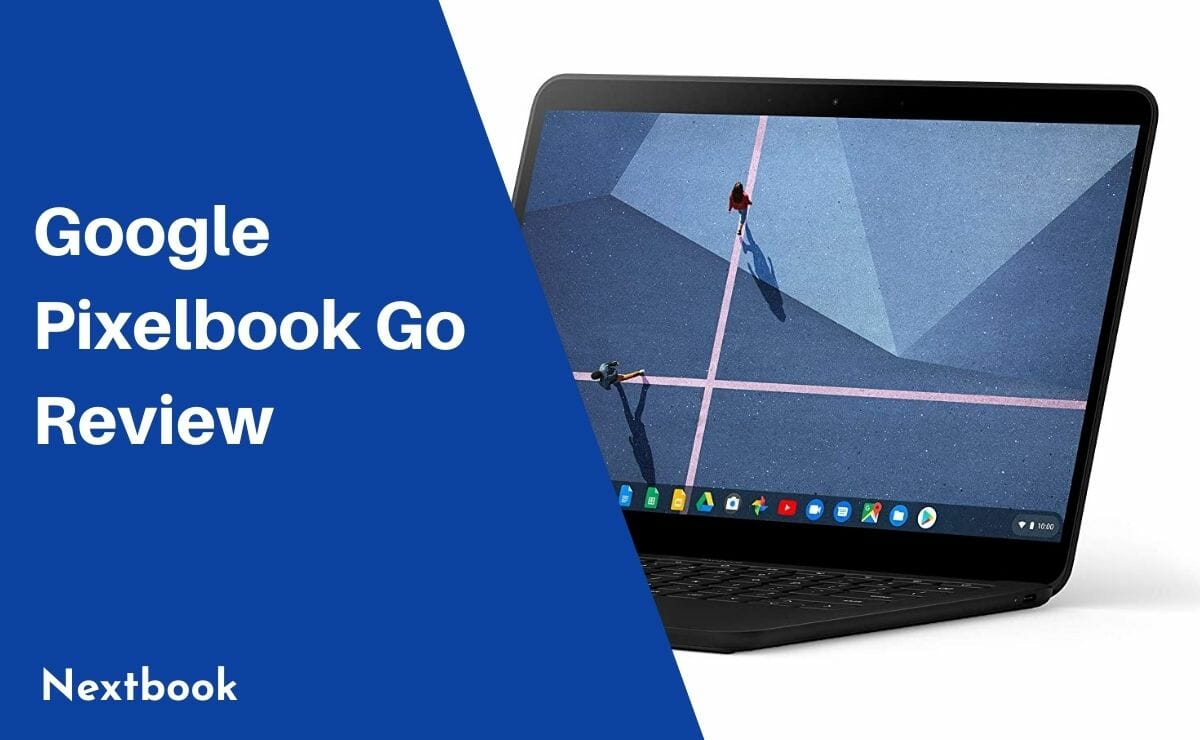 Google manufactured laptops are outnumbered three to one (or four, if you fix the Google Pixel Slate with a keyboard) in the realm of Chromebooks. But they stand out from the crowd with their array of impressive hardware components and a price tag that sticks out like a beacon.

These Chromebooks, the Chromebook Pixel, the Pixelbook, and the pick of the crop, the Pixelbook Go (plus the updates in between) are an exhibition for gorgeous pixel-laden displays, true to their name. And while the processors that they parade are also some of the most powerful to have graced the insides of a Chromebook, their build designs employ a solid metallic provision for the most part. So if you have been searching for a Chromebook that will stand out a mile in your classrooms, one that will also stand a chance against the high flyers in your office, then Google has the right answers, and for the right price of course.

The Chrome OS is most often associated with the education niche right off the bat, although some Chromebooks will not necessarily look out of place in a regular office setting.

While the typical Google Chromebook does not stray too far off this laid-down marker, it does seem like their Chromebook rollouts can not be boxed to a four-walled corner. If we’re to go by the bold price sticker on the boxes, or the strength of the hardware inside the boxes, it becomes fairly obvious that they target a wider consumer base.

The Pixelbooks, with their Intel Core i5 and i7 processors, and high-res displays can strike a good pose in your conference rooms, and share desk space with the MacBooks and their ilk. That’s not to say that these Chromebooks are overkill for classwork and lab work, they’re still heavily reliant on an internet connection. But they do cost way more than your regular Chromebooks.

This is not your typical budget-friendly or bargain-basement Chromebook, or a combination of both. The Google manufactured Chromebooks buck the trend of low-priced devices, with price tags that scream premium from a distance.

You’ll find these Chromebooks, and they’re not much too, hovering around the $1000 price mark at their base configurations and a few more flying around the cutthroat radar when fully maxed out.

Its debut Chromebook, the Chromebook Pixel tests the waters with its 2560 x 1700 pixel display and Intel Core i5 processor and then makes a huge splash with its $1299 price tag. Throw in an LTE connection suite, and it will cost you $200 extra. The bold pricing is a hard act to follow, that, and the strength of the hardware that they assemble too, and it is a path that they tow at every time of asking.

While the entry-level Intel m3 processor-equipped version of the Pixelbook Go will cost around $649, the Intel Core i5 version, with 8GB of RAM and 128GB of storage will set you back by a further $200 at the least.

Their early rollouts opt for an aluminum chassis, with the most recent Pixelbook going for magnesium as against the plastic frame that is the norm with most Chromebooks.

And while they have shed some heft since their above 3 pounds debut, with the Pixelbook Go tipping the scales at around the 2.5 pounds mark, they are no less sturdy. These Chromebooks are solid enough to turn out in one piece from the clutter of classrooms, and the bumps from everyday use.

The Chromebook Pixel paves the way, with its lid and keyboard base almost impossible to twist with normal working pressure. And the Pixelbooks follow suit, with appendages in vantage positions to aid grip and provide protection.

They are no less tended to at the insides, with little to no bloatware and a virus-proofing that buys them extra time, along with regular system and software updates that keep them rolling, until they fizzle out.

As you’ve read earlier, metal is the material of choice for the chassis of Google manufactured Chromebooks, and it is only fitting. The magnesium-built Pixelbook Go is the poster child for Google’s premium design.

It is simple, yet sophisticated, with its rippled base and indented lip as the major highlights, along with the solitary gray Google “G” logo nestling in a vast expanse of “Just black” or “Not Pink” at the lid.

And with a weight of just 2.3 pounds, along with a thickness of 0.5″, it should come out tops in any portable Chromebook contests in its display size class, flanked on either side of the podium by Hp and Lenovo built Chromebooks.

And while the latter weighs in much lighter at around 2.7lbs, as against the 3.35 pounds heft of the original Chromebook Pixel, it is the only convertible in the roster. You’ll like the hinges on the 2-in-1 pixelbook, they allow for a seamless 360 degrees rotation of the lid and keyboard for a variety of viewing modes.

The battery performance of Google’s Chromebooks does not exactly cut the mustard for contemporary Chromebook standards, but it can be chalked up to the massive power demands of their hardware components.

With its UHD display and brightness that peaks at 368 nits, the Pixelbook Go is perhaps the most enduring Chromebook in the lineup with a runtime of nearly 12 hours, with light use.

The 59 Whr Li-ion battery on the Google Chromebook pixel should take you through five hours of regular use at the least, on the condition that you tune down the nits to passable levels. Its 2015 update can last for a couple more hours, possibly due to the improved energy efficiency of its Intel Broadwell-U-based processor and its much better software optimizations.

On the other hand, the Google Pixelbooks comes with a 41 Whr battery and a staying power of about 10 hours at the most. It should reach full charge from zero at a lot under 2 hours with its included AC adapter, and it can hold a charge fairly well, with regular use of course.

The average Chromebook is mostly incapable of any sort of serious computing work, with a roam around the internet and in some cases, the Google Android Play Store as the farthest that they can go.

This set of Chromebooks will beat the same track but with greater speed and power, what with the higher-end Intel processors (by Chromebook standards) in their innards. The Google brand arguably puts its best foot forward with the Pixelbook Go, the go-to for Chromebook owners that engage in office productivity tasks.

With an Intel Core i5 8200Y processor and 8GB of RAM for its base model, users of this device can take on word processing tasks on Google docs while darting across a dozen or more chrome tabs, all at the same time and with minimal fuss too.

You also get a good shot at a couple of well-optimized games. This much is possible over a web-based app as with titles like Quake and Fallen London, or with Android game emulation via Stadia as with games from the Call of Duty and Asphalt franchises, but with spurts of stutter for occasional spoilers.

The base model of the Google Pixelbook, with its 7th Gen Intel Core i5 processor and 8GB of RAM is equally good at multitasking.

You can split its 13″ screen across a ton of chrome tabs, with hi-res streams from YouTube in the mix, all while toggling through playlists on Spotify and this Chromebook will not waver. Lags will creep in as soon as you throw in a web-based game, with the frequent stop-starts as the tell-tale signs of a system at the ends of its tethers.

On the other hand, their inaugural Chromebook, the Google Chromebook pixel gets a Core i5-3427U processor with 4 GB DDR3 RAM, and a 32 GB SSD to work with.

It is admittedly not as fast as its successors, and then it will meet with difficulty in multitasking, even with Google-based apps.

It steps up the gas with its 2015 update, the faster Core i7 chip-possessing Chromebook pixel LS, with the LS short for ludicrous speed. Their integrated graphics cards can only do the very basics, and as they are not all optimized for the Android app and game experience (only the 2013 Chromebook pixel) you can almost always strike out gaming from your checklist.

The Google brand fares fairly well with the quality of customer service support that it renders, over the phone or the Internet.

Put a call through to any of their designated support phone lines and you’ll most likely meet with a friendly and very knowledgeable agent on the other side.

And if you’re the do-it-yourself kind of person, their support page is packed to the rafters, and well structured too with useful tips on topics that have the highest traffic, such as Pixelbook personalization and Pen Usage.

Their Twitter platform, @madebygoogle does not provide a round-the-clock support system, or a thoroughly satisfactory one at that, but their Facebook presence is a much brighter spot.

Their one-year Pixelbooks warranty comes with a caveat, it applies strictly to pixelbooks purchased directly from them or other authorized resellers, and only in the USA and Canada.

As for the warranty’s coverage, its span is strictly limited to manufacturing defects, with damage or deterioration arising from everyday usage mostly unaccounted for.

For starters, the Google brand lines up a very narrow selection of laptops, so most people are forced to look elsewhere for want of options.

The options are limited to Chromebooks and try as they may, these Chromebooks are still confined to the limited reaches of the Chrome OS and the Android PlayStore, with most of them largely incapable of intensive computing work. Their Chromebooks all come with touchscreens, thankfully.

But with the Pixelbook as the only convertible device in the mix, other users can not look forward to the tablet experience. The biggest turnoff will undoubtedly be the high prices that they are sold for, with prices around and above the $1000 mark for a majority of their Chromebook configurations.

College students, high schoolers, and others on a small budget will be priced out of a typical Google Chromebook. Other than that, the laptop maker will need to be more flexible with ports, trim down their display bezels and work out better cooling solutions for their screens.

The Google laptop brand or Chromebook brand goes against the grains in more ways than one. For one, its Chromebooks are pricey, and then they assemble an impressive cast of hardware into a build that is mostly portable and sturdy still.

Their pool of devices is all too limited, and some of their batteries seem to have missed out on the Chromebook memo.

But these Chromebooks will grab the spotlight in your classrooms and pack a punch on your office desks. If you desire the very best of Chromebooks, and you have the right pocket depths to boot, then you should check out one of Google’s Chromebooks, the Pixelbook Go most especially.