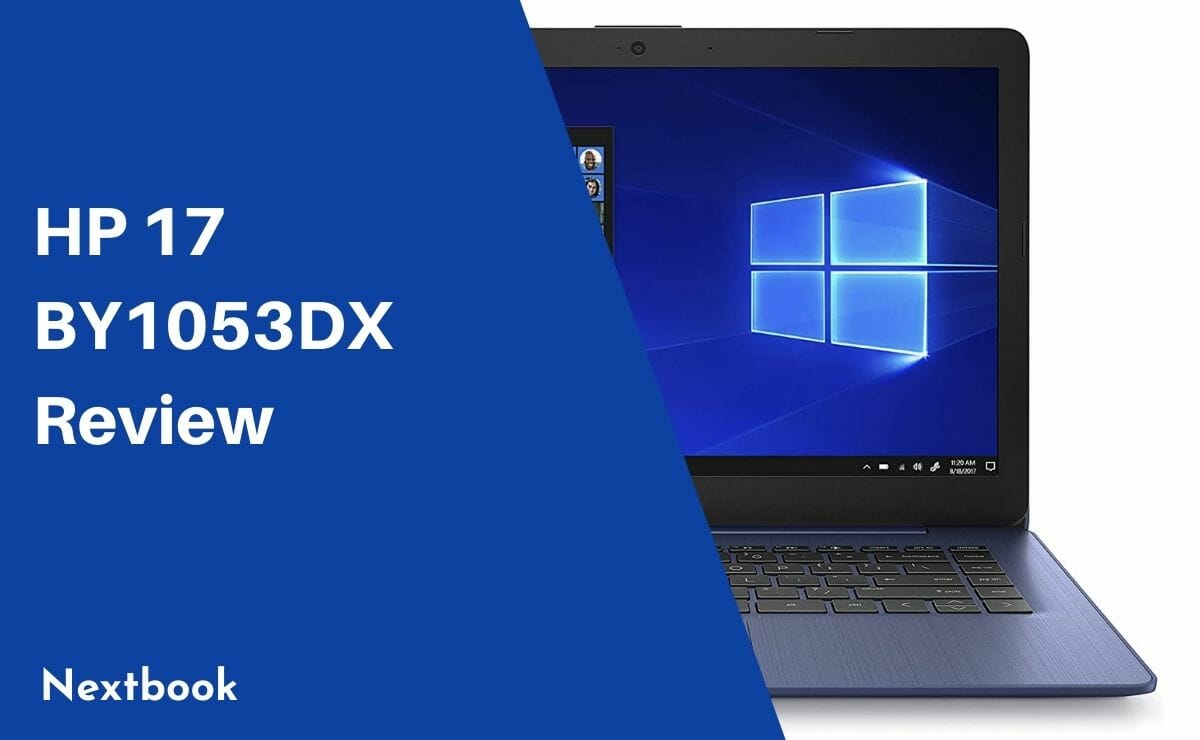 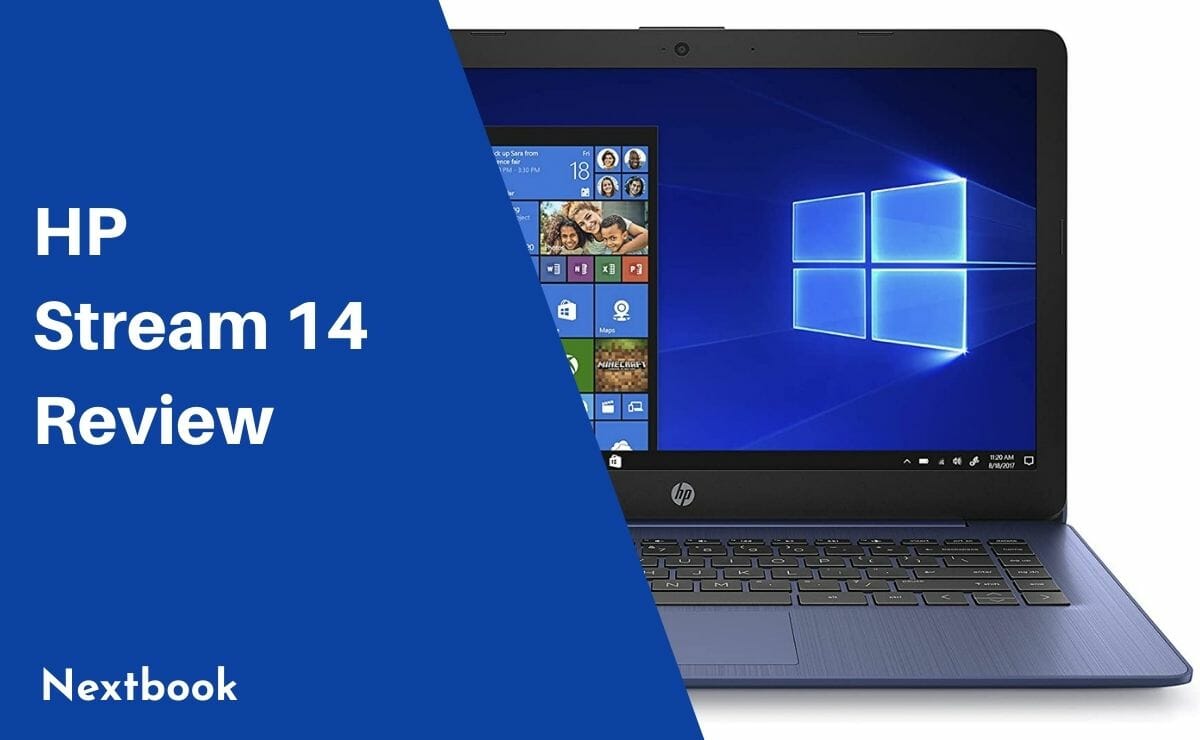 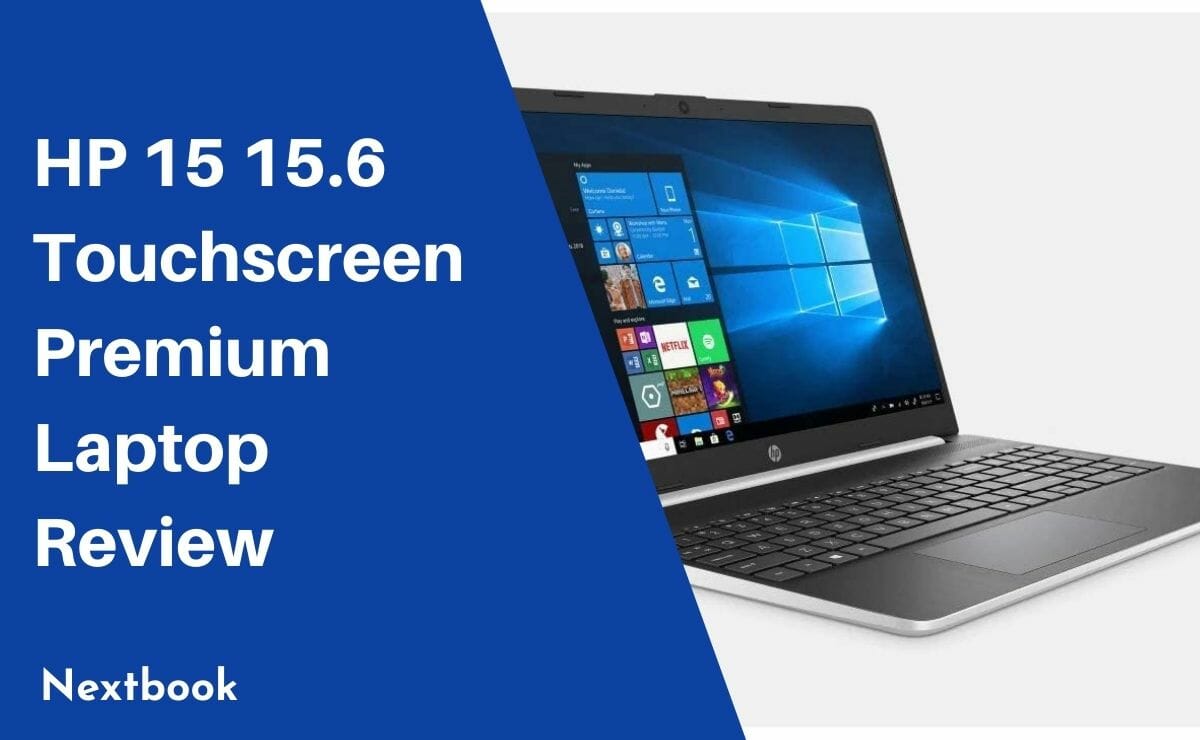 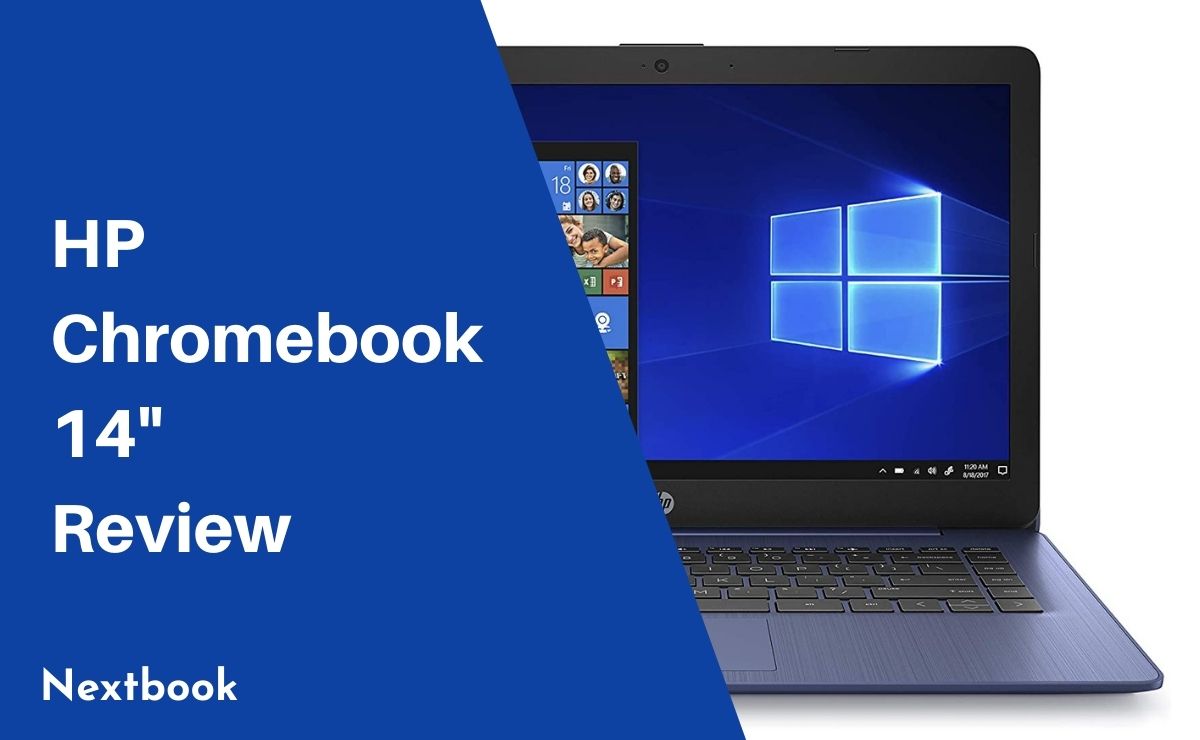 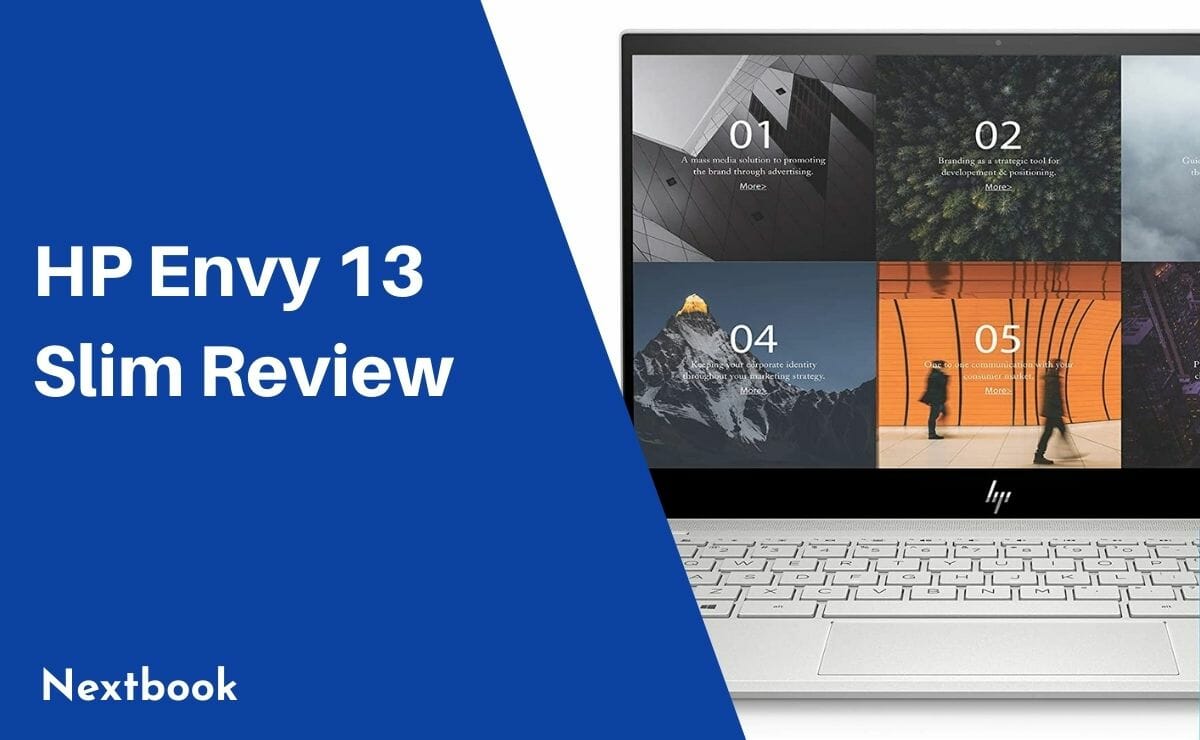 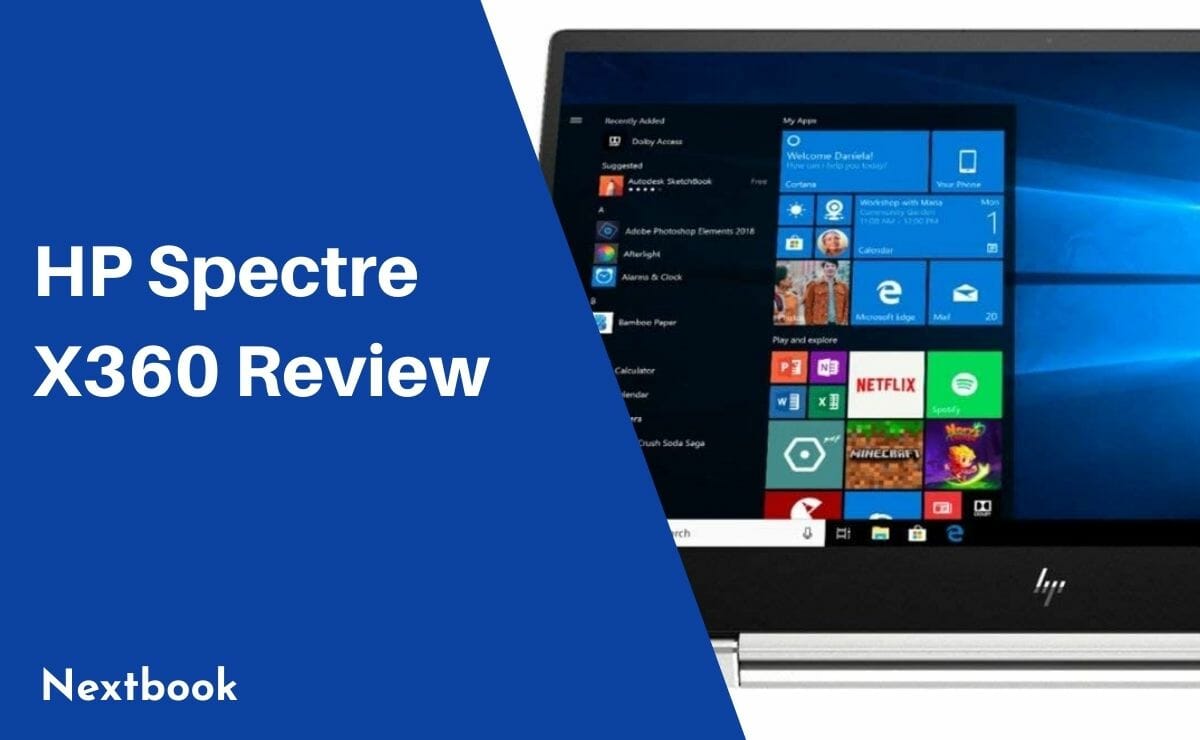 The HP Laptop brand is a household name in the PC market. Their laptops are one in a line of devices that are developed and rolled out by HP Inc, an American multinational information technology company with its headquarters in Palo Alto, California. 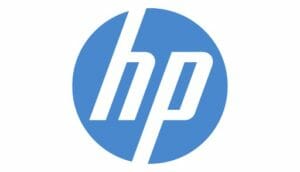 Theír laptops are a staple of almost every user demographic, with prices that appeal to every pocket, designs that turn heads, as well as device specifications and hardware configurations that tick the boxes of every performance rating checklist.

HP’s business laptops are designed for functionality and portability, they are mostly associated with their compact form, enduring battery life, and connectivity options among other props that set them up for workplace efficiency.

HP Elitebook series is HP’s premium business laptop series, the Laptops from this series are incredibly lightweight and sport security-centric features like a fingerprint reader or face recognition technology.

The HP Elitebook Folio business laptop is the best of the bunch, with its core i5 intel processor on the windows 10 Pro setting it up for an unmatched productivity level.

The ProBook series is HP’s lower-priced line of business-oriented laptops, they are hardwired for productivity and are equipped with all the props that make them the top pick for mainstream business-class users.

On the other hand, the consumer-oriented laptop line offers greater flexibility with prices, display options, and configurations.

The Envy series is a line of high-end consumer-oriented laptops, they feature some of HPs’ most amazing designs, and come with processors that will put in the work.

The Omen series caters to the gaming community, with prices ranging from mid-range to pricey.

HP Pavilion is another line of consumer-oriented laptops with its focus on household and home-office usage.

The HP brand is renowned for serving up some of the most eye-catching build designs on a laptop.

The laptop maker does not shy away from bucking the trend, from the all-leather exterior of the HP Spectre folio edition to the wood finish on the Envy 13(2020), there is flexibility with its material makeup.

The Envy series is famous for its line of ultraportables; they are sleek and incredibly light in their predominantly aluminum build, and the hinges on their convertibles are very passable, allowing unhinged rotation in all the degrees of allowance.

The webcam kill switch sited at the edge of the Spectre x360 is very thoughtful for those who are privacy-sensitive, as is it disables the windows hello face recognition camera at the hardware level.

A vast majority of the laptops in its business-oriented line sport modest appearances; metallic chassis and chiseled edges, nothing spectacular, but the Elite dragonfly stands out with its svelte blue magnesium-alloy exterior and a lithe frame that makes it as handy as it can be.

Hp also gets some credit for reducing the display bezels on its business-class laptops to barely-there levels.

The lowly-priced Chromebooks are the major sour point, their almost banal appearances are a turnoff at first glance, the Chromebooks tow the same path but can be excused for the decent prices that they go for.

HP offers a decent choice of laptops for every spectrum of pricing, from the budget buys to the mid-rangers and the cutthroats, there is a laptop for every pocket size.

Many of their laptop models are shipped with different hardware configurations.

However, upgrading your RAM to a bigger capacity, or swapping your laptop processors’ base configuration for another with more oomph will set you back by a few more bucks than most other brands would.

Still, HP does pop up with the bargain buys, there are great choices below $500. If you are comfortable with dual-core processors and 1080p resolution.

The HP Pavilion x360-14t is a good choice, as is the HP-17z-ca200. And if you’re used to basic office works like word processing, Emails, and web browsing, the Chromebooks are your best bet, a few of them are available for dirt cheap prices too.

Admittedly, a majority of HP’s laptops are priced on the high side, but there is still ample provision for those with tight purses and for people who want to find that sweet spot in prices.

The Laptops are admittedly not flawless, but they are built to last long. The hardware components are gilt-edged, and the laptop builds feature all the fine prints that set them up with impressive endurance levels.

However, there are a few black spots, the lower-priced consumer-end laptops look to be a little fragile.

The HP Pavillion line features laptops that take the stick for less flattering build quality, the hinges on some of their laptops are a tad too flexible, and the pressure they exert on the screen when they flip open will most eventually wear it down.

Most recent laptops from HP offer extra protection to their screen with the cornilla glass protection technology, and the hinges now come with more sturdy screws that hold them firmly in place.

While the batteries of recent rollouts have gotten over the overheating issues that rendered them redundant even before they reach their recharge cycle thresholds.

HP offers satisfactory technical support most of the time. Most users meet with shorter waiting times and prompt resolution of their issues by contacting HPs’ support team over the phone.

It is while making online inquests that you might end up with a bot that is mostly unhelpful.

They seem to employ people in the know, even if they might rub off on you as a tad too pushy, especially if they are convincing you to part with some bucks.

Their limited warranty is a standard one-year offering, but you might want to go for an extended warranty as it covers defects arising from spillages, dropping, and other circumstances that go beyond the reach of their manufacturer’s policy.

HP also allows you to service your laptop by yourself, with the expert guidance of their dedicated technical support, and even if you overdo things while strictly following their instructions, they take full responsibility for any damages incurred.

HP laptops fair quite reasonably well in the area of battery life. Their business line laptops are very enduring, lasting 8 hours on average for most of their offerings.

Even the Ultraportables in the Envy lineup post impressive runtime figures, although there is a seeming lack of headroom to fit in extra watts in the battery.

Their 2-in-1s’ also look decent, for example, the HP Spectre x360 lasts a little above 13 hours, and with the current influx of the more energy-efficient Ryzen processors on some recent rollouts, the batteries will banish the ghosts of those heat-induced meltdowns that we are all too familiar with.

HP laptops set the industry-grade standard for performance levels, along with other big hitters like Dell and Apple.

Hp has the right fit for every task, the power users, creatives and business professionals, the technical and Engineering inclined, and even the avid gamers will find value in its vast array of laptops.

There are some standout laptops in its book that can compete with the high fliers in any category. The Elite dragonfly is HP’s answer to the Macbook and Dells’ XPS.

an easy pick for the artists and Engineers as a result of its impeccable 3D rendering and modeling capacity.

For the power users, the hyper-threading feature is enabled on some of HPs’ core i5 and i7 laptops, multitasking is seamless, and the sheer number of cores on some of these laptops is imposing.

While the HP X360s’ are the usual suspects, the Elitebook 840 Aero G8 and the HP Probook 430 G8 are workhorse laptops with the ability to chew up any workload that is thrown at it.

And if you step down a notch to core i5, the HP 250 G7 notebook PC offers satisfactory battery life and sure-fire performance at a budget-friendly price.

For the most recent gaming laptops of the Omen series, the Omen 15(2020) puts up a strong showing with the AMD Ryzen 7 4800H GPU and Nvidia GeForce GTX 1650 Ti on processor duties.

Some older HP laptops are guilty of sacrificing build quality and battery efficiency for aesthetics, none so much as the Envy series.

Those wrongs have been fairly addressed with recent models, a more effective cooling system is now employed, the heat grills on the Envy 13 Slim, and the Spectre x360 helps to keep things in order.

Nowadays the incessant heat-induced hardware failures that are the bane of its Pavillion series have become a thing of the past.

The plastic trackpad on some laptops like that on the Envy 13slim is not such a good idea after all, and more work needs to be done to improve on the responsiveness and precision of their touchpads.

And HP can further trim down the bezels on its laptops, and then find a balance between the matte finish or glossy finish on their screens.

The HP brand is time-tested and trusted for delivering laptops that come with cutting-edge designs and a superior performance-per-price ratio in comparison to most laptop brands.

There is ample value for money to be found in these laptops, whatever your leanings are, and there is a vast pool of laptops with a glut of price points to choose from.

The laptops come with a smattering of issues, but there are no deal-breakers with this laptop brand.