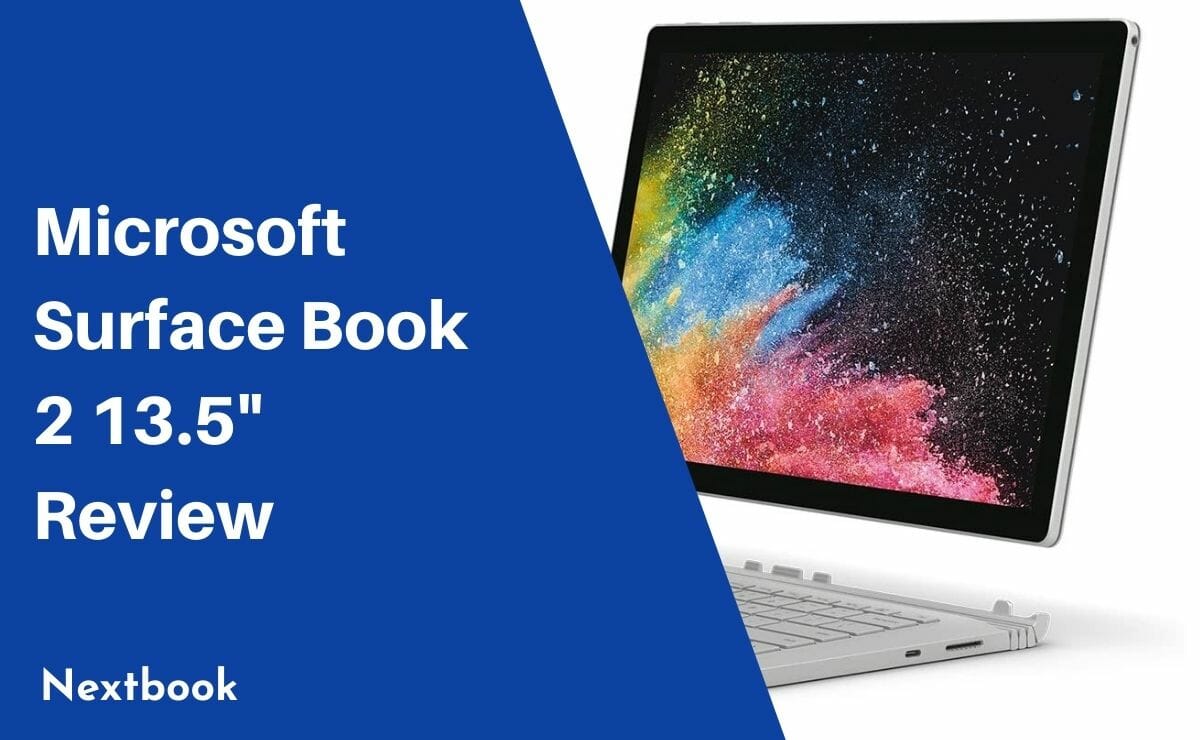 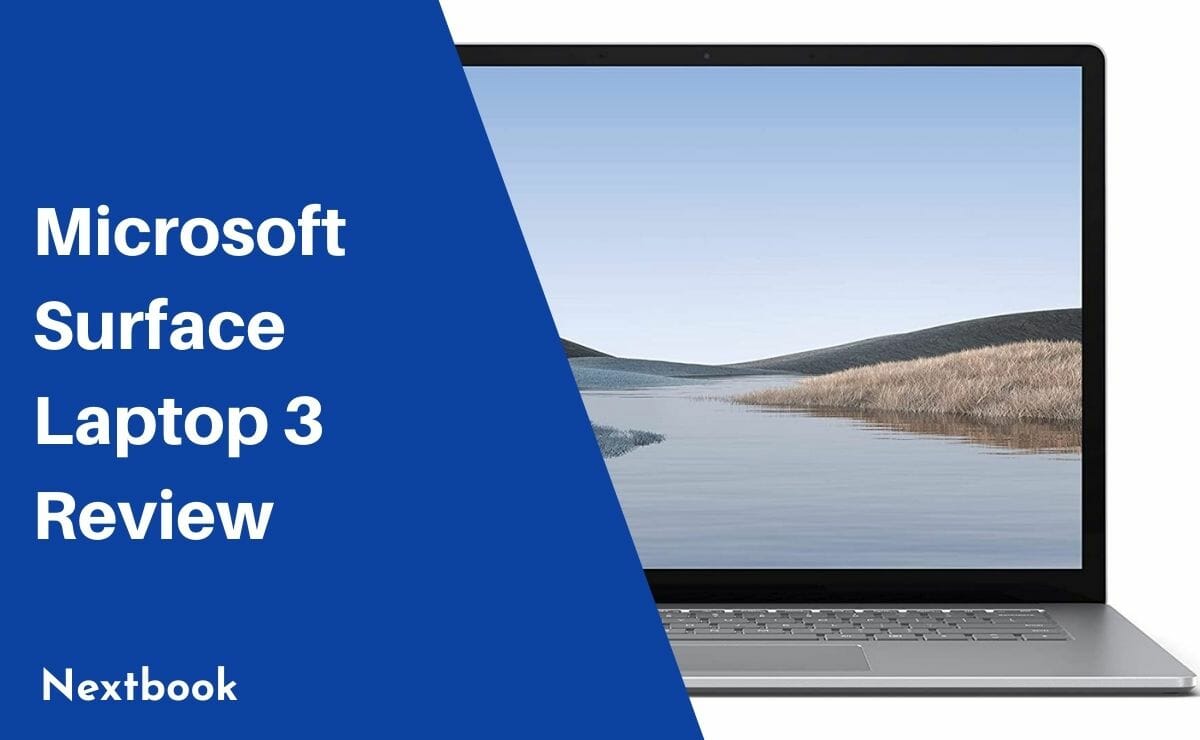 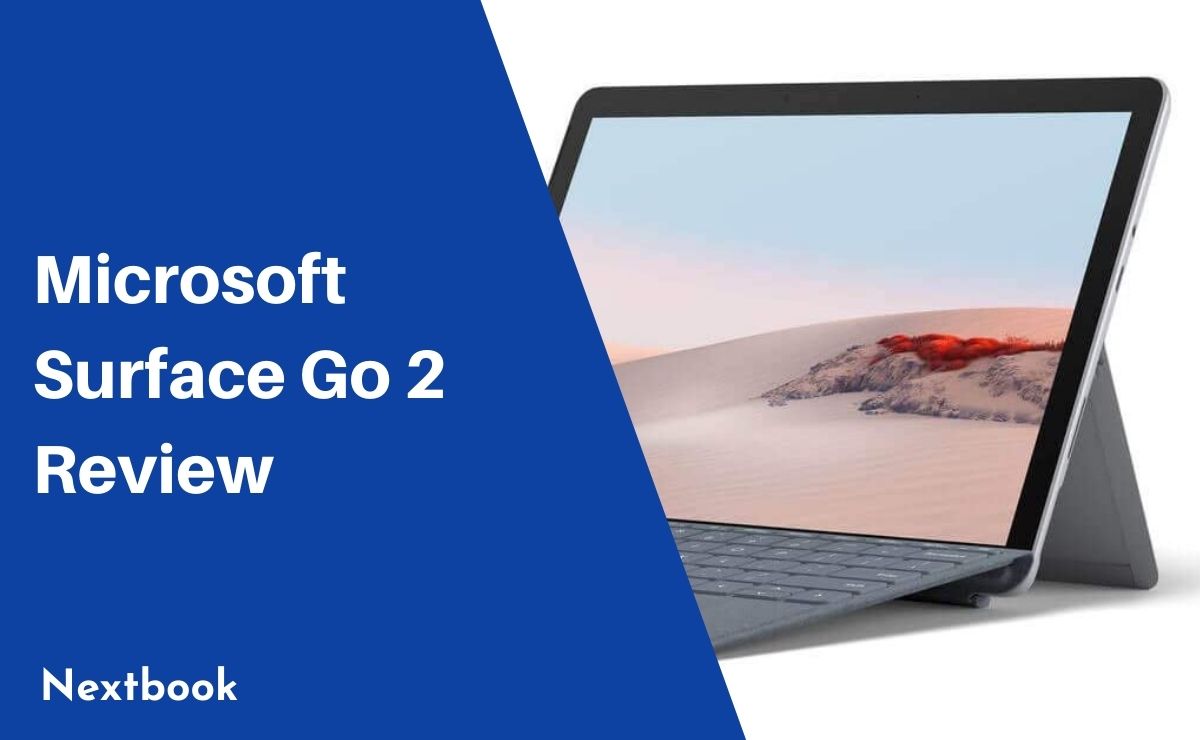 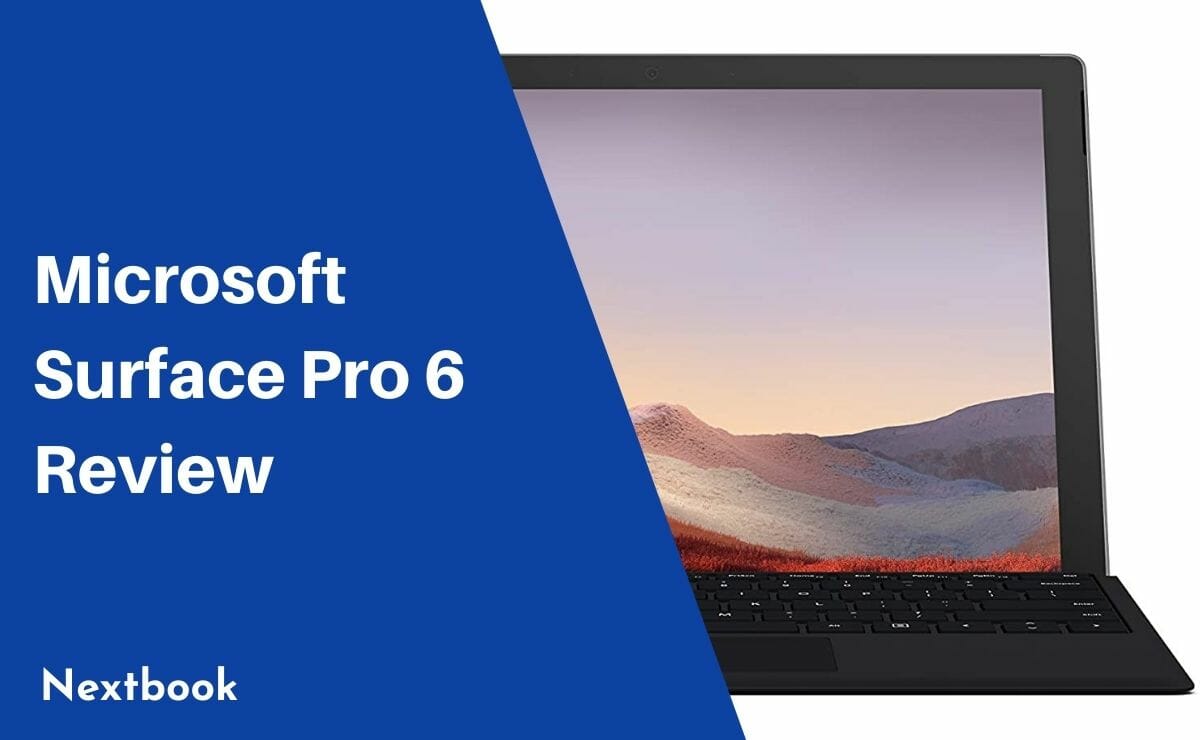 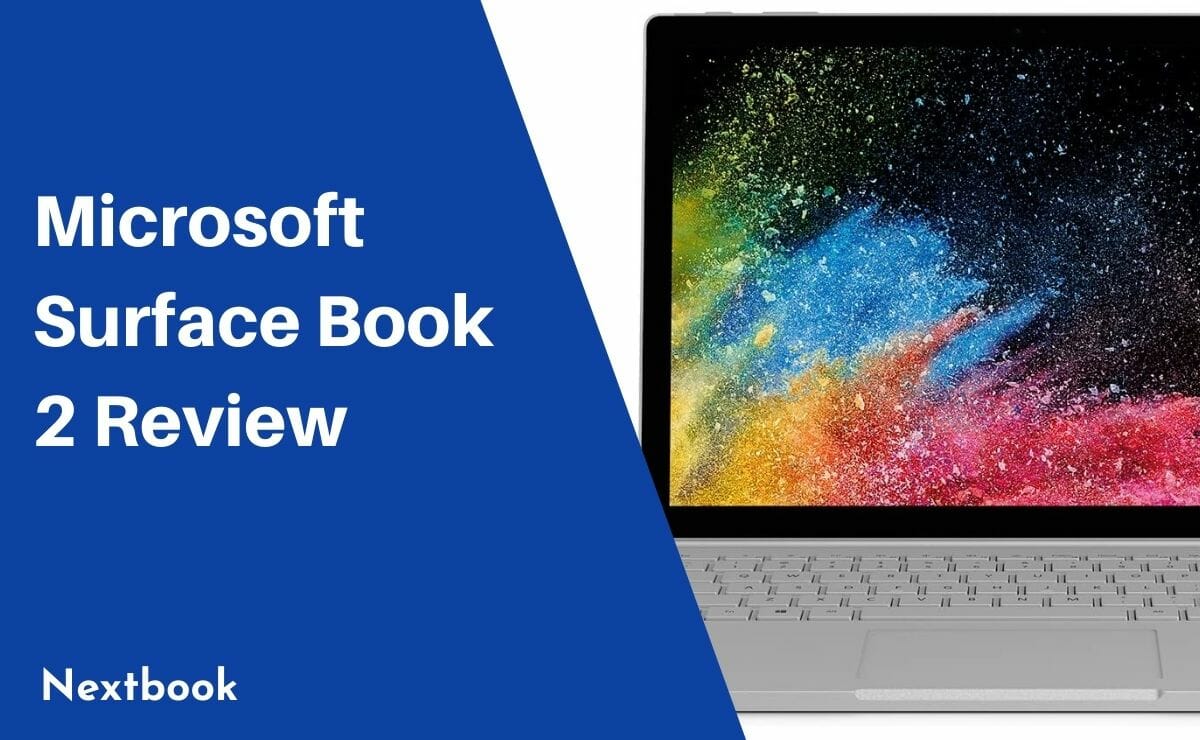 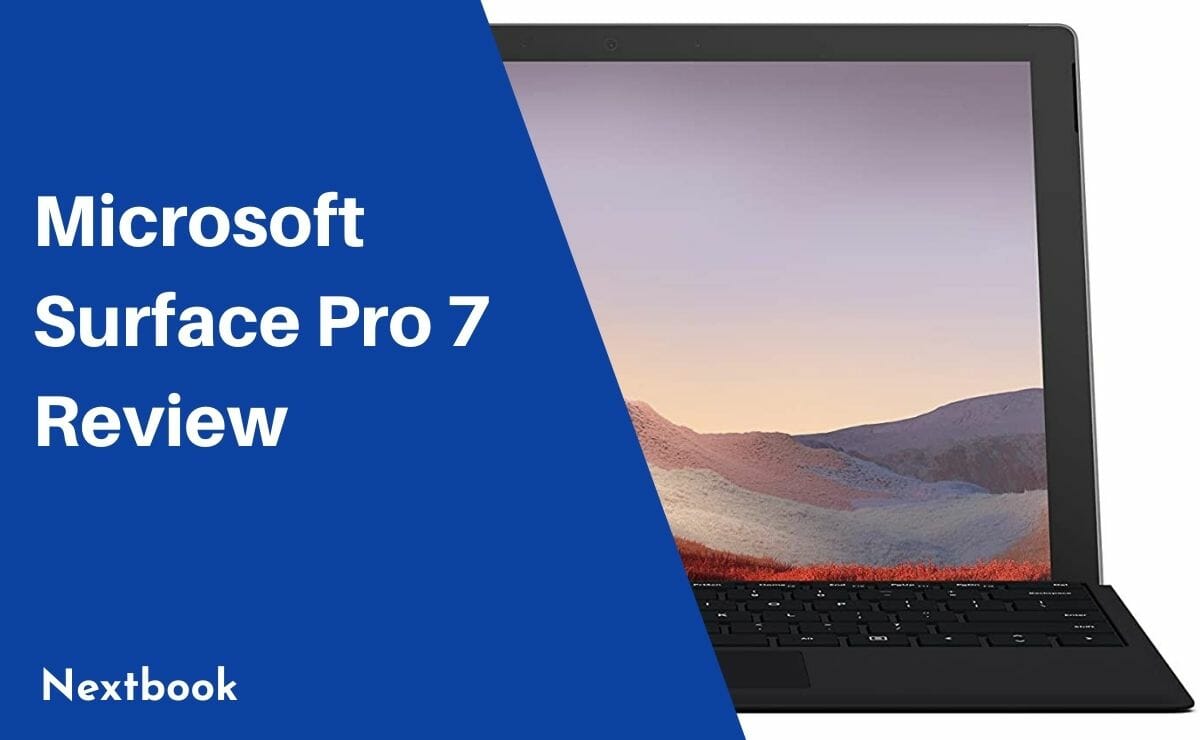 Microsoft, as a brand, needs hardly any introduction at all. The world-famous tech company’s name may resonate better among software users (and console gamers) than laptop enthusiasts, but you’ll expect such a brand to churn out kickass hardware as well, and these Microsoft laptops are as kickass as they come.

Laptops in Microsoft’s Surface line have set the gold standard for style, versatility, performance, and all-around innovation. Tailored to suit a wide range of preferences, and for an eclectic demographic, laptops in the Surface series blitz through any number of tasks and look like a million dollars while doing it.

Even though most laptops in the Surface line come with premium price tags attached to them, you can still find budget Microsoft Surface laptops that deliver a more than satisfactory experience.

At the time of its entry, detachable keyboards were relatively novel. These days, however, Microsoft has broadened its horizons, making a wide variety of laptops now including those with the standard laptop design.

This change in approach has succeeded in making the Microsoft brand of laptops more mainstream, with different versions fitting in seamlessly in boardrooms and classrooms.

Crucially, Microsoft ensures that the quality of their laptops remains fairly constant, irrespective of price.

It’s not easy for a tablet to go toe-to-toe with a laptop in terms of performance, much less a high-end one like the Macbook Pro, but Microsoft’s Surface Book 3 manages to make a real fist of it.

With powerful processors, superb core performance, and an impressive 12 hours of battery life, this 2-in-1 is perfect for power users.

In terms of design and price, the Surface Go 2 appears tailor-made for students. It won’t break or set any benchmark records, but it offers just enough power to get daily tasks done and to keep at it all day long.

It’s not standard practice to describe all models in a laptop brand’s line with a single blanket term, but if we were to give it a go, the word “elegant” readily springs to mind. From their 2-in-1 tablets to the more traditional clamshell laptops, Microsoft laptops are rarely not fetching and are instantly eye-catching.

Microsoft 2-in-1 tablets combine a vivid, aesthetically pleasing touchscreen with an extremely solid build, despite their lack of bulk.

Thanks to their unsubstantial form factor, you can get them to fit anywhere and whip them out whenever and wherever you want, ready to use.

Their traditional laptops are even more durable, if possible, with long battery performance and high-end specs making them perfect for both professional users and consumers.

A minor quibble is the relative shortage of ports on the Surface laptops, and the lower-priced products in this line almost invariably seem to pack dated specs.

Microsoft designed their convertibles and laptops to stay within touching distance of industry leaders in their various categories, both in terms of performance and price.

In effect, since Microsoft sees itself more within the luxury products brand bracket, most of its laptops come with premium price tags.

Its most expensive product, the Microsoft Surface Laptop 4 costs a whopping $3,500, while a Surface Book 3 will set you back about $1,995.

The direct predecessor of the Book 3, the Microsoft Book 2, costs slightly less. Nevertheless, it will make your balance lighter by about $1,750, while the Surface Pro X will set you back about $1,300.

If anyone was in doubt about Microsoft’s intention to be counted among the elite, these prices would no doubt firmly dispel those doubts.

The prices are in the same league as MacBooks, and much like the latter, most people may be priced out of getting them.

Having said that, Microsoft does offer a few bargains. The Surface Go 2 sports an excitingly low price and even though quite a few concessions were made, this tablet is still able to deliver decent levels of performance, and its battery lasts long too.

At the time of their release and quite a few years after, Microsoft laptops were rated among the worst for reliability.

Now, more than a decade later, the situation has changed radically, although Surface laptops still suffer the odd lapse in performance, especially the ones on the lower end of the price spectrum.

It’s clearly not a question of hardware, since Microsoft is particular about equipping their laptops with high-grade materials.

Microsoft creates some of the best-built laptops on the market by using aluminum and magnesium in all of its devices. Even the $400 Surface Go 2 is constructed of high-quality materials.

It all boils down to what the laptop is being used for, and how it’s being used. As we noted earlier, Surface laptops will easily breeze through everyday tasks, but may sometimes struggle with the more intensive ones.

And just as you may expect, Surface laptops (and any laptop, to be fair), are much more likely to last longer if they’re protected from bumps, scrapes, drops, and other accidents.

Microsoft features an easy-to-use website, a well-designed user interface, a wealth of valuable how-tos, and an active community forum.

If this vast repository of knowledge isn’t for you, you may contact Microsoft via its Contact Us page and speak with either a virtual assistant or a live person.

Both Microsoft’s web and phone services were adequate, with operators offering correct information, although it does take a bit of time to get through to them, and their web platforms are similarly unresponsive.

A one-year limited warranty is included with many Microsoft laptops and tablets. Microsoft Complete, which gives two years of insurance including hardware and accidental damage, is available in some areas.

Just as is the case with any other laptop brand, the runtime depends largely on what use you put the laptop to.

Having said that, Microsoft laptops manage to post impressive numbers on the battery life front.

Both 2-in-1 tablets and traditional laptops in the Surface line will easily provide an average of 10 hours, with some even going significantly higher.

The standout performer here is the Surface Laptop 4, which Microsoft claims can deliver up to an astonishing 19 hours of battery life. Given that the laptop likely posted these numbers in the company’s controlled testing environment, it’s probably safer to take these claims with a pinch of salt.

What is indisputable is that Surface laptops are efficient all-day performers, whether you’re a creative, professional, or student.

The laptops also offer several configuration options for power users, students, and consumers who want to do nothing more than play multimedia files and surf the internet.

It’s in the aspect of gaming that Surface laptops seriously underwhelm, with even the Book 3 which Microsoft trumpeted to be particularly suitable for gaming only posting below-average performance.

Apart from that, Microsoft Surface laptops provide decent to great levels of performance, depending on specific models. For performance junkies, the Surface Book 3 packs a 10th-generation Intel processor and an optional discrete Nvidia GPU which makes light work of most tasks when combined.

8GB of RAM and 256GB SSD are also more than decent specs. The Pro 7, with 11th-generation Intel processors, removable SSD, and LTE connectivity is also a solid option for consumers.

The tablets boast intuitive touchscreens and smooth pen input along with portable and highly efficient keyboards.

At the other end of the scale is the Surface Go 2.

By far the most cost-effective laptop in this line, it features a number of concessions as a consequence, with performance taking a significant hit. In between, there are several other laptops and 2-in-1 hybrids to suit a wide range of demands and preferences.

It’s not all smooth sailing with Microsoft surface laptops. They serve up a few flaws that may not be grave enough to be deal-breakers but are often significant enough to cause more than a little discomfort.

Our biggest quibble with Surface laptops is their continued expensive price, particularly now that they’ve removed pens and type covers from the package.

There’s been no commensurate downturn in prices to justify the absence of these items.

The fact that some of their laptops are not user-serviceable or upgradeable is something we take issues with since some of their older models have poor battery life.

Some models, such as the Surface Pro, struggle with heavy loads, and the fans can get really loud in such instances.

Then there’s the lack of support for USB-C coupled with the absence of Thunderbolt support in many Surface laptops which just diminishes their appeal a bit.

Microsoft seeks to provide competition to MacBooks while simultaneously keeping other brands on their toes and its Surface laptops succeed in doing both.

While their budget offerings make a few concessions performance-wise, they maintain their stylish and elegant build.

While there are a few sore points (the absence of Thunderbolt support being the most jarring), they’re generally not enough to detract from the overall quality of the laptops and are more than made up for by the all-day support the offer.