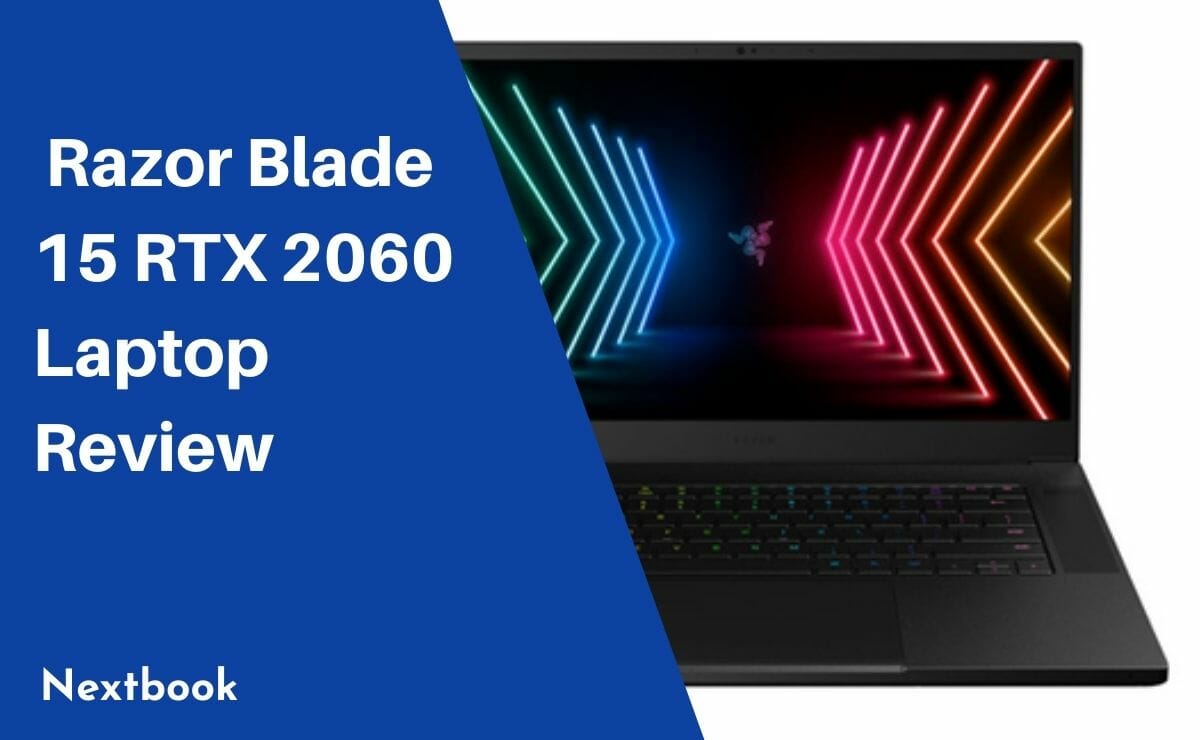 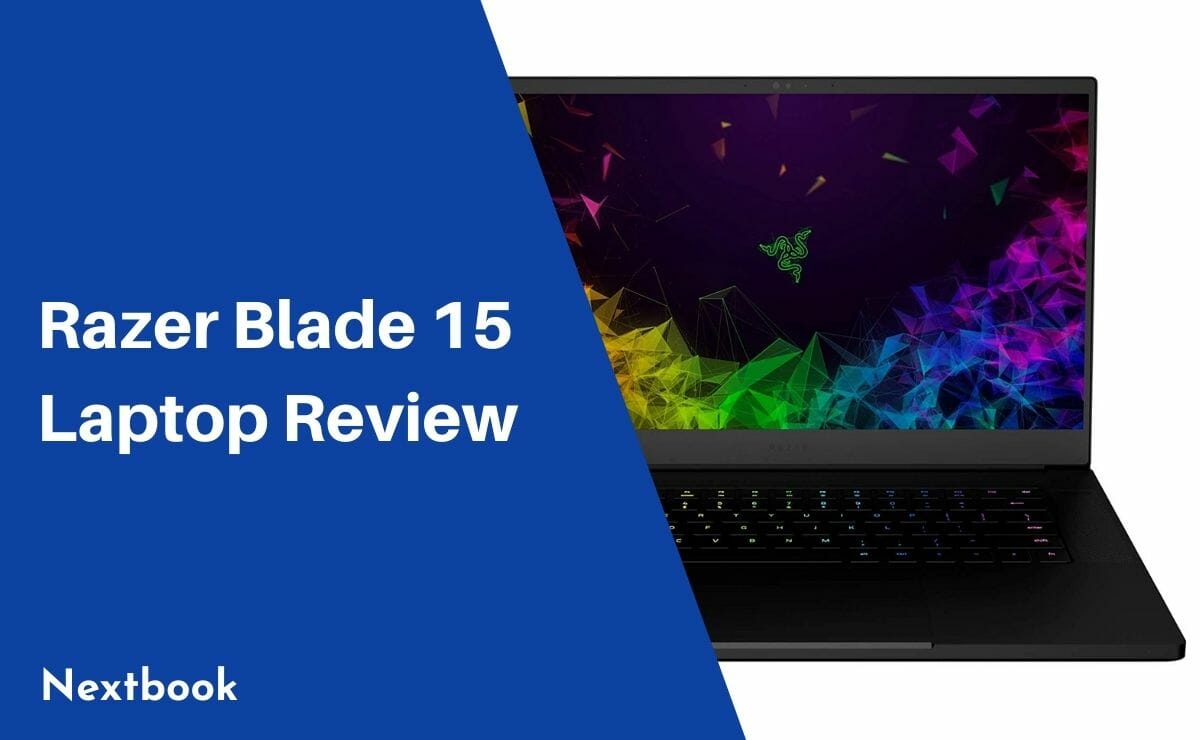 The Razerblade will pass for a gaming-centric brand off the bat. It is a reputation that precedes them, a niche that has been carved by the graft of cutting-edge innovations, and with razor-sharp precision.

But there is more on offer. The Singaporean-American multinational technology company embarks on a foray into the world of creatives and work professionals with the rollout of its Creator and Productivity series laptops.

Their laptops feature the svelte and the chic, the stunning lights and the incredibly light, the embellished greenlit triple-headed snake logo is captivating in the inky blackness or mercury whiteness of the chassis.

The laptops are a gaming powerhouse, but the spoilers are the limited choice of options on offer, and the expensive prices that they go for.

While the Razerblade brand undoubtedly rings a lot of bells in gaming circles, the laptop maker is steadily making inroads into other segments of the market.

Razerblade rolls out its laptops under the creative line and the productivity line to go with the popular gaming laptops.

The Gaming line of laptops takes the front row in the lineup and needs no introduction, with a stream of gaming rigs that feature exquisite designs, brilliant displays, and gamey processors.

The Creator line of laptops engages powerful creative workstation processors with ray tracing features, as well as the clarity of 4k resolution on OLED display panels.

They create visually stimulating content to the delight of creators and consumers alike.

The Razerblade 15 Studio edition can take on graphic designing, photography, video editing, and other creative tasks in its stride without breaking a sweat.

The Productivity line is Razers’ attempt to buck the gamey trend, and it makes a huge splash while testing the waters with the Razer Book 13.

A generous supply of ports, its portability, and an Intel EVO-certified processor marks this laptop out as a handy workspace grab.

The Razer brand goes all out in its signature black chassis for its gaming laptops, Razer Books opt for white in keeping up with their “air of difference”. While the creator series is more flexible with its choice of colors, the iconic greenlit logo is a constant feature across the board.

The exterior of the typical Razer laptop is distinguished by the sleek and lithe build of its CNC-machined aluminum chassis, replete with a matte or predominantly glossy surface.

The laptop maker pulls all the stops to feature cutting-edge innovations in its laptops, the optical keyboard in the Razer Blade 15 advanced edition is a first for gaming laptops.

And the vapor chamber in the Razerblade 14 and the 15 Pro helps the system to continually keep it’s cool and quiet, while the Razer chroma supported RGB backlighting creates an amazing scene during gameplay.

Razer Blade laptops are renowned for their portability. The Razerblade 14 is often touted as the smallest 14-inch gaming laptop in today’s contemporary laptop market, while the lightweight Razer book is perfectly suited for users that are constantly on the go.

The Razer stealth on their part can achieve a significant reduction in heft by detaching the dGPU from the laptop, they can then be connected utilizing a Thunderbolt 3.

The uniformity and precision of the craftsmanship of their builds leave no room for material weaknesses to creep in, the laptops are sturdy and stiff for most of the time.

It helps to protect them from the damages occasioned by the accidental drops, scratches, and bumps of everyday use.

And when the processors are firing on all cylinders at the thick of gaming action, the vapor chamber puts its body on the line-its entire surface area, to drive away the heat that would ordinarily leave a trail of uncomfortable hotspots around the keyboard deck.

With the advent of this novel cooling technology, employed on the Razer Blade Pro 17 for example, the heat-induced deterioration of the hardware components under your laptops’ carriage is cut off its livewire.

Without mincing words, Razer’s laptops are flat-out expensive. The laptop maker redefines the concept of “budget laptops” by touting the $1,699 priced Razer Blade 15 base model as one.

To put things in perspective, Razerblade’s mainstream laptops can easily pass as midrange and higher-end priced devices in other laptop brands.

There are no laptops in its stables that are priced below $1000, a big shame as it means that not too many people will get to experience the thrilling gaming experience that is on offer.

The prices are similar to those offered by the premium-end Alienware laptops and the big hitters in the HP Omen series but pale significantly in comparison to the cutthroat prices of the Acer Predator 21x or the Asus ROG mothership.

The more powerful Razerblade 17 Pro goes for $3,999. Simply put, this is not the laptop for you if your finances are walking a tightrope.

Another talking point; the storage options on offer are not commensurate with the prices that they go for. For $1,699 you get a meager 256GB of memory in the base and mid-range models.

Upgrading to a memory of 512GB will set you back by a further $300, a grossly disproportionate figure, especially when you consider that you can get the same capacity at a more reasonable $1,599 with the Dell XPS.

Gaming laptops are notorious for coming with a battery power handicap. Only a few laptops can claim to break free of this stereotype, and the typical Razer Blade laptop does not exactly make the cut.

The Razerblade 15 and the Razer Blade 14 with the Ryzen processor will flatter to impress when engaging in non-gaming tasks, and disabling the dGPU via the NVIDIA Optimus on some models can buy you some more time, but that is as far as they can go.

As soon as gaming starts, the battery life spirals downwards into a free fall of sorts, lasting a measly 1 hour and 30 minutes.

Gaming sessions will be short-lived outside of a power source, and as the recharge cycle thresholds for gaming laptops is quite low, the batteries will need to be replaced as soon as they start showing the tell-tale signs of redundancy.

It is the price to pay for all the thrills of gaming action that you’ll be regularly served at a canter, made possible by the power-hungry graft of the gamey processors and stunning display panels on offer.

Whether you engage them via their online channels or you just look to put a call through, the technical support system offered by the Razer brand seems to fit the bill for the most part.

The company offers online-based support through its Facebook, Twitter, and subreddit platforms, and if you want to do it yourself, their easily navigable online directory is packed to the rafters with an exhaustive reservoir of resources to draw from.

On the issue of warranty, Razer offers the basic limited warranty via its Razerblade essential, a one-year offering that is limited in its range of coverage.

If you’re up for parting with $299, Razer care Elite is just the right fit, with its accidental damage cover, in addition to a basic surge protection cover providing security of sorts.

The processors put the pedal to the metal to take on the most demanding games and workloads, and with their generous supply of cores and threads, along with a tendency to turbo-boost at fever pitch levels, there is enough gas in the tank.

The gaming laptops can comfortably take on the most intensive VR and non-VR games, AAA games, and other titles that are the staple of other big hitters like the Alienware or the ASUS ROG rollouts.

The Creator series features the Razer Blade 15 studio edition, with its Ray tracing enabled processors capable of creating the most realistic and immersive visual content.

The displays pan out flicker-free and lag-free, whether they are employed in 3D modeling, video editing, or CAD designs.

On the other hand, the Razer Book 13 is a force to be reckoned with. It is capable of executing a stream of quick-fire productivity workflows with aplomb, multitasking is seamless, and the connectivity is snappy as well.

You can always bank on the sure-fire MacBook-Esque performance levels of a vast majority of laptops in the Razer lineup. These laptops draw from the power-packed reserves of octa-core processors, with turbo speeds above 5GHz, and Ray tracing capacity to boot.

The exorbitant prices on offer for most of their laptops remain the most bugging issue. Coming a close second is the confined field of selection options.

There is only one 17-inch laptop in its lineup and the powerful RTX 3080 is only available in the 14-inch screen model of the Razerblade, a real bummer for the most part.

As expected, the battery performance leaves much to be desired, and the charging times can be further cut down from 2 hours if it is not too much for asking. Perhaps, it is high time the Razerblade jumps on the AMD processor bandwagon that promises a better power efficiency per performance of any laptop processor.

There is a smattering of issues every now and then, the chunky top and bottom bezels of the Razerblade 15 are easily recognizable from afar, and the short travel distance of the Razerblade Pro 17s’ keyboard is another area of concern.

The Razer brand is widely acclaimed for serving up a thrilling gaming experience, and it takes pride in wearing this toga, despite its best efforts to escape the confining boundaries of the stereotype.

There is the promise of much better to come in terms of variety in design options, the same can not be said for the pricing though.

For productivity, the Razer Book will come with more whistles than bells, but there are encouraging signs that it will eventually give the mainstream gaming and creator laptops a run for their money.

But for now, very few laptops in the business of gaming can hold a candle to Razer Blade.