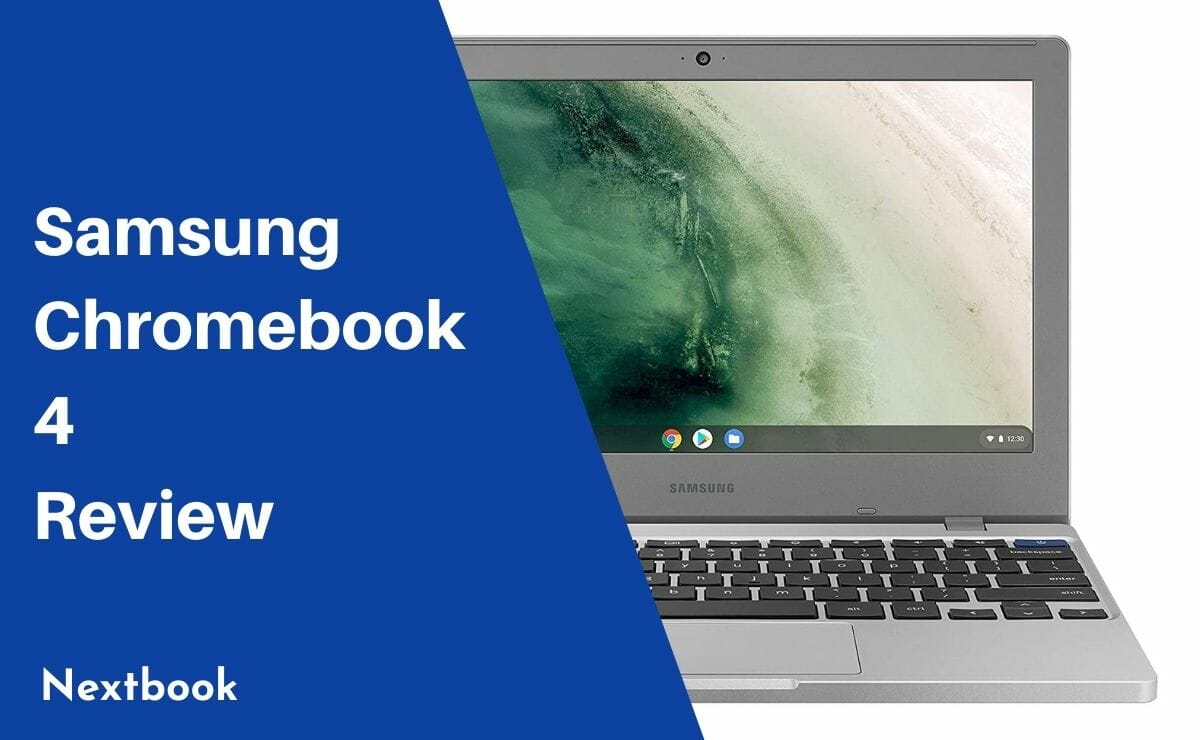 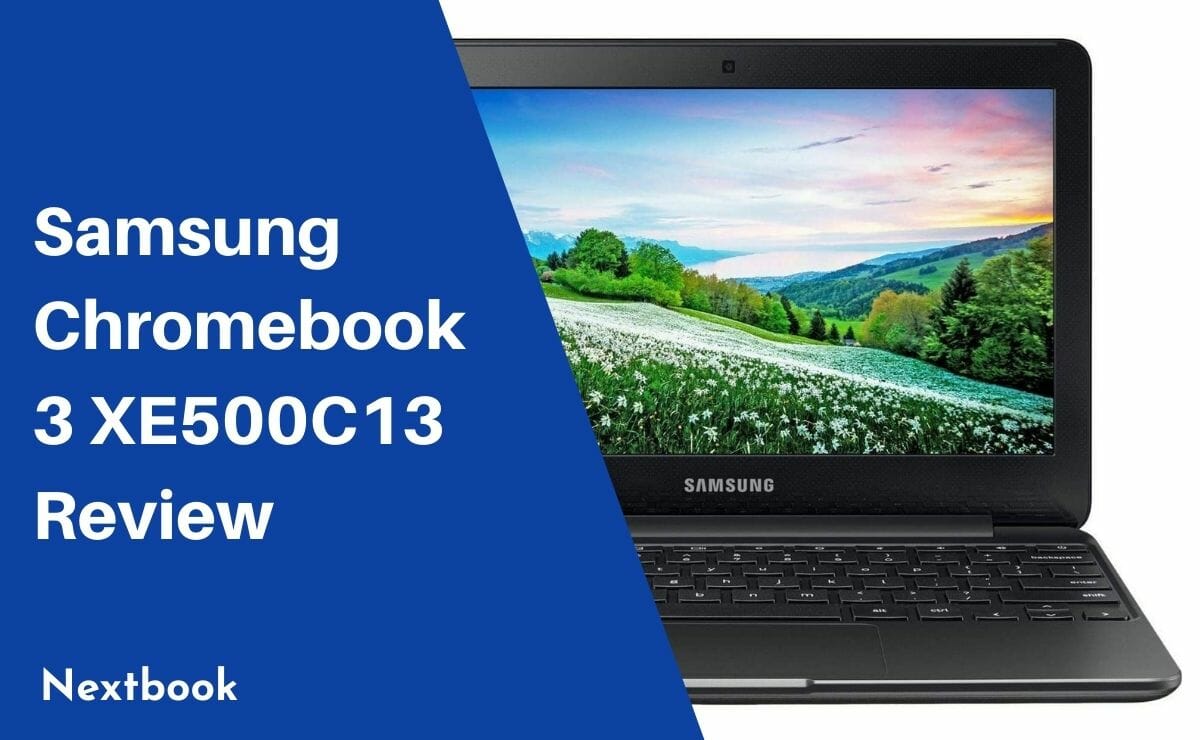 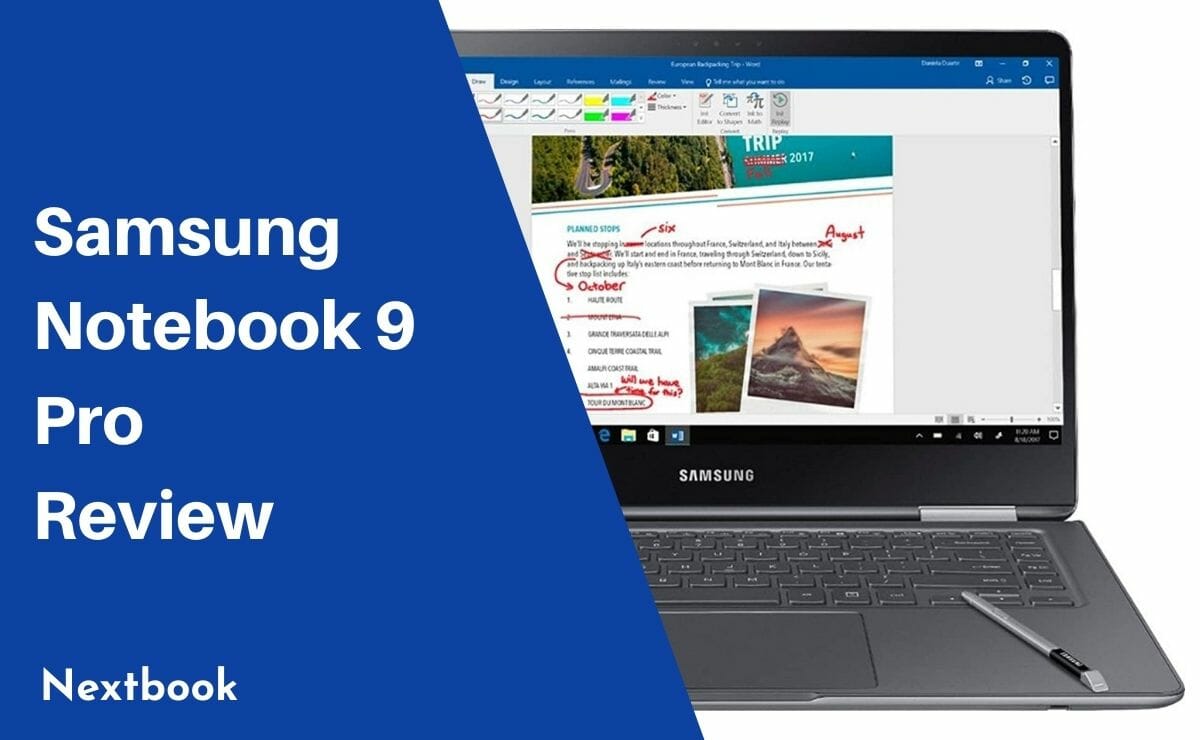 The Samsung brand will need no introduction as far as mobile devices and household appliances go, but we can not always say the same for their laptops, so we’ll go ahead and do the honors.

Other than that, this is also the laptop brand that puts out attractive stickers and catchy designs on the outsides, and just about decent specs on the insides, with some exceptions of course. It is these exceptions that lay claims to the biggest acclaim, and you’ll soon find out why in a bit.

The most notable devices from that time included the Samsung Notebook 7 and the Notebook 9, famous for their 2-in-1 utility. More recently, Samsung has leaned towards the mainstream with a range of full-sized devices devoted to regular office productivity, while making time out to pop the odd Chromebook for casual computing endeavors.

Some of these Chromebooks are convertibles, so they can shift gear from routine office/home utility in clamshell mode to Android-centric devices in tablet mode. The Samsung Chromebook 4 and the Chromebook plus are some of such devices, with the former more famous for its QHD screen.

On the other hand, the Galaxy line of laptops has a bit of everything in stock. There is the Galaxy Chromebook 2 as their star Chromebook, and most recently the Samsung Galaxy book Pro and the Galaxy Book Pro 360.

These latter two come with AMOLED displays and 11th Gen processors and will appeal to the higher-end computing audience. Gamers have much shorter options to choose from, with the Samsung Notebook Odyssey as the only dedicated gaming laptop on the roster.

While a couple of Samsung laptops are admittedly priced on the high side, a vast number of others are generally easy on the pocketbooks.

Their conservatively spec’d Chromebooks go from cheap to dirt cheap and all the way up to the oddly premium. While the Samsung  Chromebook 3 goes under $200, the more premium

Galaxy Chromebook can step up a couple of notches higher at around $1000. On the budget band of the price spectrum, the Samsung Notebook spin, with its Full HD touchscreen and 8th Gen Core i5 processor will leave the shelves for $700, and the Samsung Galaxy Book Pro 13, at about $900.

The pricier options in the lineup include the Samsung Galaxy Book Flex, with a near $2000 price tag, a 10th Gen Core i7 processor, and an amazing battery life to boot. For gamers, the Samsung Odyssey will set you back by $1399 at the least, with the price bumping up significantly when fully spec’d.

While we can not ordinarily vouch for every one of these laptops, we can boldly say that Samsung puts a lot of effort into ensuring that its laptops can stand the test of time. The laptop maker seems to have a thing for convertibles, and so they pull all the stops to deliver the hinge that is befitting of a 360-degree flexible showcase.

From their Chromebooks to the Galaxy Books, and the cream of the crop, the Samsung Galaxy Book Pro 360, Samsung pays keen interest in the design of their hinges. And as they flip full-circle for a variety of viewing modes, you’ll hardly ever spot the whiff of a creak, or meet with the slightest resistance to swivel at any turn.

Samsung’s laptops are admittedly not the sturdiest or the flashiest around, but they get around quite well.

They also have a thing for 2-in-1s, perhaps as it presents them with the opportunity to flaunt one of their most prized possessions, the S pen. You can find a host of convertible devices from their Chromebook line and full-sized laptops, and their screens provide the perfect exhibition for the S Pen to stage a masterpiece.

While the Chromebooks are the usual go-to for long-lasting devices, several regular laptops from the Samsung lineup can also go the distance, and walk the extra mile too. On average, a typical Samsung laptop will keep the lights on for 8 hours on end, or 10 hours, with a bit of luck and a couple of concessions.

At the mainstream end, the Samsung Notebook 9 Pro, a Samsung laptop darling, can squeeze out about 6 to 8 hours of routine computing from its Watthour tank. Then there’s the Samsung Galaxy Book Flex 15 that can give you a little over 15 hours of regular use.

And to the pick of the bunch, the Samsung Galaxy Book S Book will very nearly take you through a day, even more remarkable for a laptop that is 11.8mm at its thickest parts.

Beyond the fact that these laptops can hold a charge, their batteries can pull through a whopping number of recharge cycles, and live longer by extension. This is probably helped in no small part by the Battery Life Plus, a technology that the laptop maker claims will allow you to discharge and recharge your laptop battery up to 1,500 times.

The typical Samsung laptop will be mostly incapable of heavy lifting in terms of performance, but there are a couple of laptops in their lineup that can pack some serious punches.

From their ultraportable frames and 11th Gen Core i5 and Core i7 processors to their enduring batteries and blazing-fast connectivity suite via Wi-Fi 6, these laptops have more than enough to put in the work.

They will deliver impressive showings over processor-intensive workloads, from compiling codes and data analysis to word processing, alongside a host of other productivity-inclined tasks, at home or office.

The Samsung Galaxy Book Flex 5G is another of such laptops, and it adds a 5G network, a Thunderbolt 4, and a 69.7 Whr battery to its powerful processors.

While these laptops will exert a massive pull on your purse strings, and justifiably so, the Samsung Notebook 9 Pen and Notebook 9 Pro are cheaper alternatives. They both boast 8th Gen Core i7 processors and come with 8GB of RAM at the least, but they are a little let down by their Intel UHD graphics card.

The constant feature of a majority of these laptops is the S Pen, with which you can edit photos in Lightroom, jot down notes in Samsung Notes, or ink artsy impressions with Paint3D.

The jury is out on the rating score for the customer support that is offered by the Samsung support service.

While we can barely pick holes in the support system that is offered over the web, the same can not be said about the phone lines. There is a robust web tech service that can be readily engaged on both Facebook and Twitter platforms.

And their website provides an easy-as-pie user interface that will make for smooth-sailing navigation, even for the uninitiated. Most customer complaints border on phone operators that beg the question instead of providing answers, as well as the spells of incessant waiting times.

Their warranty provision is a much brighter spot in comparison.

While their standard one-year warranty will not cover accidental damage or even cosmetic dents, it does account for defects in workmanship, as most other brands do. An extra year of warranty will set you back by $190, a decent charge.

The Samsung laptop brand has previously sought to play it safe with its laptops, equipping them with very little more than just what the doctor ordered.

This admittedly results in laptops that will spend a lesser part of their lives on the treatment table, and a larger part on the coffee table, doing run-of-the-mill stuff.

One of the major problems that dog their laptops borders on the computing speed of their system components. With the memory and storage almost always clogging up in no time, routine system tasks like booting up will take much longer than usual.

And with their processors almost always settling for the bare minimum, with only very few of them peaking at the Core i7 processor mark, you’ll not find a lot of their laptops engaged in any processor-intensive computing tasks.

Nowadays, their laptop rollouts come with more gas in the tank and with Intel Evo certification to boot, effectively burying the ghosts of the mundane past. And as you can expect, they now deal with regular issues like overheating, noisy fans, and battery drain, fair deal.

Then there is a glaring lack of variety in their product lines. There’s hardly anything in it for gamers, save for the Samsung Notebook Odyssey, while creatives are grossly under-serviced.

The Samsung laptop brand will not always make the podium when the laptop roll of honors is called out, but they can go the distance, rest assured.

They’ll mostly appeal kindly to your pockets, and then they’ll save the best for the priciest. In between the priciest and the modestly priced, you’ll find a crop of laptops, 2-in-1s to be precise, that will perform to the very best of expectations. And just below the spectrum are a clutch of Chromebooks that will interest the casual users and students for the most part.

It is a laptop brand that does not attempt too much out of the ordinary, with exceptions of course.