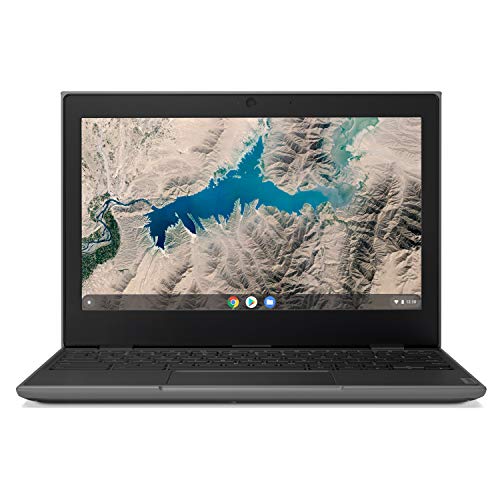 As a student laptop (the e stands for education, after all), the Lenovo 100E Chromebook 2 is a capable machine. Capable is the same word we would use to describe it when it moonlights as an entry-level backup to your main laptop.

Primarily designed for use in schools, this Chromebook’s manufacturers went to considerable lengths to ensure that it reflects this. It’s hard to miss this fact since everything from its rugged design right down to its processing power (which is just adequate enough for schoolwork and inadequate enough for serious gaming) practically screams this.

The Lenovo 100E Chromebook will execute regular computing tasks such as word processing, web surfing, and video streaming fairly well, even though it won’t do them with any sense of urgency. The screen is not the best to look at, the port offering isn’t the most generous around, and the speakers are spectacularly bad. However, up to 10 hours of battery life is pretty good by any standards, and with a bottom-of-the-barrel price tag, this Chromebook proves that you do not have to spend much to get a capable (there’s that word again) laptop.

Lenovo chose functionality over aesthetic appeal when choosing a design for this Chromebook, with the result that it simply looks the business without running any risk of winning any beauty contest. But that’s all right; heavyweight boxers are hardly the prettiest people on earth. And make no mistake about it, despite its predominantly plastic finish, this Chromebook is a heavyweight (in a manner of speaking).

The Lenovo 100E Chromebook boasts a solid build. It simply has to, given the rough and tumble world its target buyers seem to live in. Weighing a little under three pounds, this Chromebook sports rubber bumpers that protect it from drops of up to 29.5 inches (the height of an average school desk), along with reinforced ports and hinges for extra solidity. Quite simply, this Chromebook is designed to bounce straight back from adversity.

When you lift the lid (up to 180 degrees), the customary flex of budget laptops is pretty hard to miss, but the brushed aluminum finish of the chassis does a lot to put minds at ease. The keyboard is water-resistant, with mechanically-anchored keys to promote longevity. A couple of grouses: the bezels are huge, and it’s impossible to flip the lid with one hand. A 720p webcam occupies pride of place at the top bezel.

As far as ports go, the Lenovo 100E Chromebook 2nd Gen doesn’t offer an extensive ensemble. Lenovo spreads a USB Type-C port, a USB Type-A Gen 1 standard port, a full-size media card reader, a combination microphone/headphone jack, an HDMI port, and a Kensington lock along this Chromebook’s sides. An optical drive is conspicuous by its absence, although those seem to be disappearing steadily these days. The USB Type-C port is designed exclusively for charging the laptop, not anything super techy like transferring data at breakneck speeds. And if you want to hook up your system with external gadgets, you may need to get used to the dongle lifestyle.

Apart from being water-resistant, this laptop’s keyboard feels pretty sturdy, except for the occasional flex when you press down on certain areas too long. Typing on the keyboard is a reasonably decent experience, provided you don’t do it too often and for too long. The keys are well-spaced and well-sized, and they offer more than reasonable levels of travel distance. However, key actuation is not the best; you’d need to apply decent levels of force to get the keys to register which will tire out your hand faster. The absence of backlights also means that you would have to literally burn midnight candles to get any work done after lights out.

We can’t have too many complaints about this laptop’s touchpad, except that its plastic finish makes its surface a bit sticky. Other than that, it’s pretty responsive with gestures and tracking.

The less said about this laptop’s audio, the better. For starters, it doesn’t get very loud, and to compound issues, the speakers get placed under the laptop, meaning that whatever sound manages to escape largely gets muffled by a desk or your laps. And of course, there is no bass at all to speak of.

This laptop’s 11.6-inch non-touch panel is mediocre at best. The bezels surrounding the screen are thick, but as it turns out, that’s the least of our concerns. This laptop’s panel offers a resolution of 1366 x 768, but the compact size of the screen means that there’s not enough real estate to enjoy multimedia consumption or even multitask. A low contrast ratio is not helped by bang average brightness levels, and color fidelity is pretty unremarkable as well, since this laptop’s panel is only able to replicate 62% of the sRGB color gamut.

It’s not all doom and gloom, though. The matte screen handles reflections pretty well, as long as you get your viewing angles right, while the backlight does not flicker even for a second. That last part is great news for your eyes. In a nutshell, this Chromebook’s screen falls smack in the middle of the spectrum, in that column marked “average”. It would be useful for regular computing tasks, but it wouldn’t deliver the best experience for anything other than those.

A front-facing 720p webcam fits into the top of the screen. As far as these things go, the webcam is pretty decent, with good lighting and color replication. You may struggle to notice details with it, though.

Of course, it was pretty clear to us right from the off that this Chromebook was only meant for regular computing tasks. It turns it nose up at even the most basic content creation software or task. In any case, most of them were incompatible with the Chromebook’s OS.

Serious gaming is a bit of a non-starter with this Chromebook. For starters, the laptop’s Google OS restricts you to those android games that you can download from the Play Store, and even those do not run too well. You can get some joy out of basic titles, however. The updated versions of this laptop, especially for the newest ARM devices, can run Android games from the Play Store more smoothly and efficiently.

Lenovo claims that the 100E Chromebook can deliver up to 10 hours of standby time and this estimation is not wide of the mark. It won’t be a stretch to call this Chromebook a full-day dveice, and this is easily one of its best features. In our tests, it delivered a little over 8 hours of battery life, and we have no doubt that reducing a few settings would bring up that number closer to the digit claimed by the Chromebook’s manufacturers.

Here’s another area where the 100E Chromebook performs admirably. The absence of fans means that this laptop remains completely silent, even under intense situations that would normally be the cue for fans to start whirring away. It also maintains its cool at all times too, and it never gets uncomfortably warm. One thing that helps in this regard is that the CPU draws so little power, even in the thick of action.

The 100E Chromebook is offered in several models, each equipped with different processors. The common denominator among all of them is that, apart from the batteries, the rest of the hardware are soldered to the board. So, you’d need to have a long and hard think before deciding to settle on one, because you’ll be stuck with its configurations.

Our review model (the base model), packs a MediaTek MT8173C CPU, PowerVR GX6250 GPU, 4GB LPDDR3 1866MHz RAM, and 16GB eMMC storage space. Like other Chromebooks before it, it operates Chrome OS, which makes operating the laptop feel like using the Chrome browser. These specifications are not great, so this Chromebook does not have exceptional processing power. However, what power it offers is more than sufficient for simple computing tasks, which is what this Chromebook is built for in the first place. Having said that, the system does lag a bit between programs.

It will be a bit of a shock for non-Chromebook users to observe that this one only offers 16GB of storage space, 6 out of which has already been eaten up by the Chrome OS. However, Google applications consume far less space than Windows applications, most of your activities get saved on One Drive anyway, and the USB port is an excellent optional external storage option.

In terms of performance, this Chromebook can be likened to a Taxi cab. It won’t offer any great speed, and style, comfort and panache will sorely be lacking from the ride. But it will get you to your destination faithfully.

Rugged, durable, and affordable are words that aptly describe this 100E Chromebook from Lenovo. Predominantly a school laptop before anything else, this Chromebook shines (not literally) atop the hallowed pedestal of classroom desks. It’s when it swaps the classroom for offices or homes that its limitations start to become apparent.

Still, it’s hard to find a device that’s a more than capable all-rounder at this price point. Most people that purchase this Chromebook do so with the tempered expectations that come with the knowledge that the device would probably be unable to pull up any trees, given its attached price tag.

The Lenovo 100E Chromebook is not perfect, but it offers enormous bang for your buck. And as a backup to your primary computer, this Chromebook retains the capacity to exceed expectations.